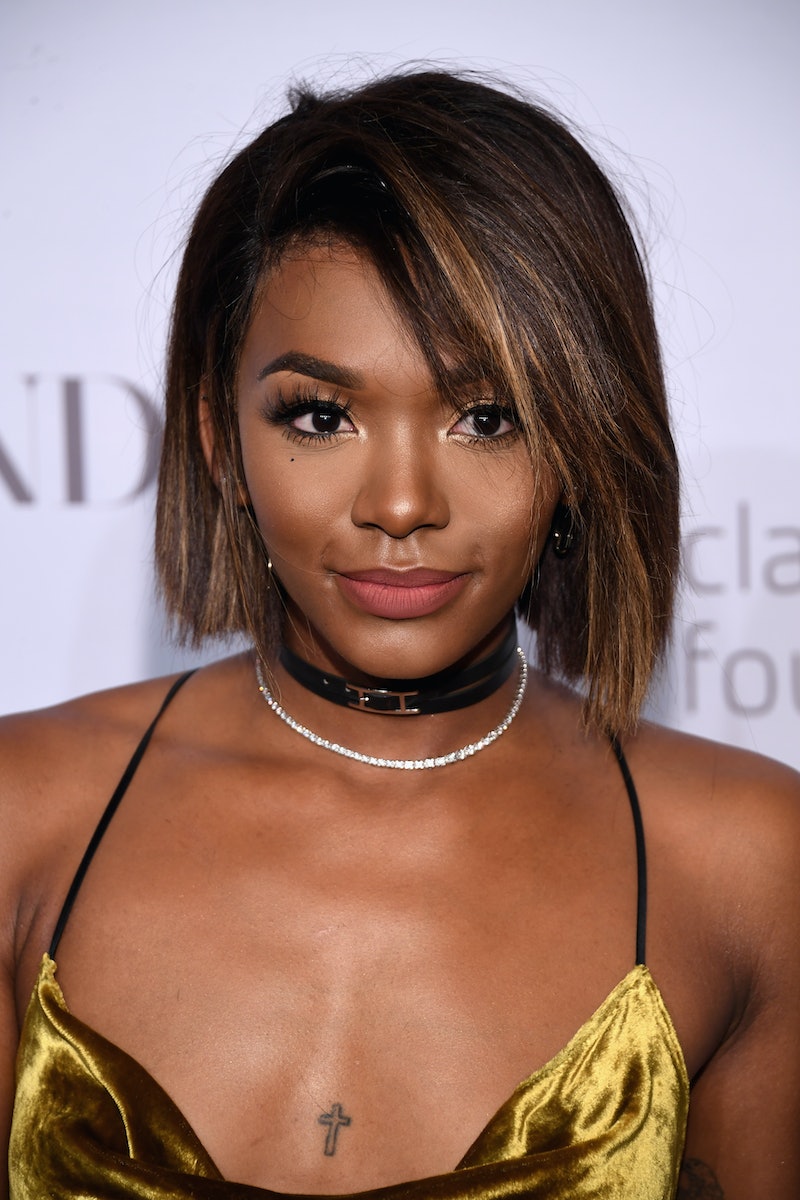 Choker necklaces have the sort of bizarre history you'd expect from a piece of jewelry with such an unsavory name. According to Encyclopedia Britannica, the choker became popular in the 19th century, but it was around as early as Anne Boleyn's famous "B" necklace of the 1530s. And speaking of beheading, women during the French Revolution would wear a red ribbon around their necks to symbolize solitary with those who'd been guillotined. Cute, right?

In the 19th century, chokers were mainly the playthings of the rich and famous, encrusted with pearls and dripping with jewels. It wasn't until the 1990s that chokers became antiestablishment once again. No longer were they a form of protesting the guillotine, but they were an easy way to channel the grungy angst that pretty much everyone was feeling circa '94 or so.

The tattoo choker consisted of a tight, springy, lace-like plastic necklace designed to sit snugly against your neck and mimic some sort of hand-drawn tattoo — because so many 14-year-old girls in the '90s had neck tattoos — while conveying an intangible emotion that fell somewhere between "I'm the trendiest chick on the block" and "I hate the world."

What I remember about tattoo chokers is that boys liked to snap them — and it really hurt. Just me? The boys at my middle school seemed mystified by the fashion statement, and I distinctly remember someone yelling "What is that?" before stretching it away from my neck. When he released it, I staggered around the playground, clutching my neck and pretending to faint. They also really made my neck itch. But who cares? I was never as cool as when I wore a tattoo choker. The accessory hit just the right note: goth but not too goth, '90s but not too '90s. Wait, what am I saying? Tattoo chokers were literally the most '90s thing of all time. Never has such an accessory been invented since — the necklaces may very well have represented the peak of useless mass-produced must-haves in gum ball machines.

Tattoo chokers weren't just for regular people, mind you. They popped up in Sabrina the Teenage Witch…

And She's All That, proving once and for all that the popular kids wore them with pride.

What's the tattoo choker up to today? It's alive and well, thank you for asking. You can buy one for $7.92 at ASOS right now, if you like, or you can even try your hand at DIY-ing your own (when will the madness stop?). And yes, celebrities are into the trend, too. Some are being very authentic about it:

(Here's Willow Smith, pretending she was around for the '90s.)

While other celebrities are using the tattoo choker as more of a reference point:

(Rihanna sported a less-literal — and much more expensive — tattoo choker at the 2014 Met Gala.)

But don't worry, the tattoo choker itself hasn't changed a bit — this Etsy shop even sells them in '90s-worthy packing. While jelly sandals are being reborn at American Apparel and grunge-wear is constantly being "reinterpreted," the plastic tattoo choker remains pretty much the same: an extraordinarily particular fashion statement that's never really going to make sense, but will always encapsulate a moment in our lives when fashion was slightly mad, and being cool was as simple as having a tattoo choker in lime green.