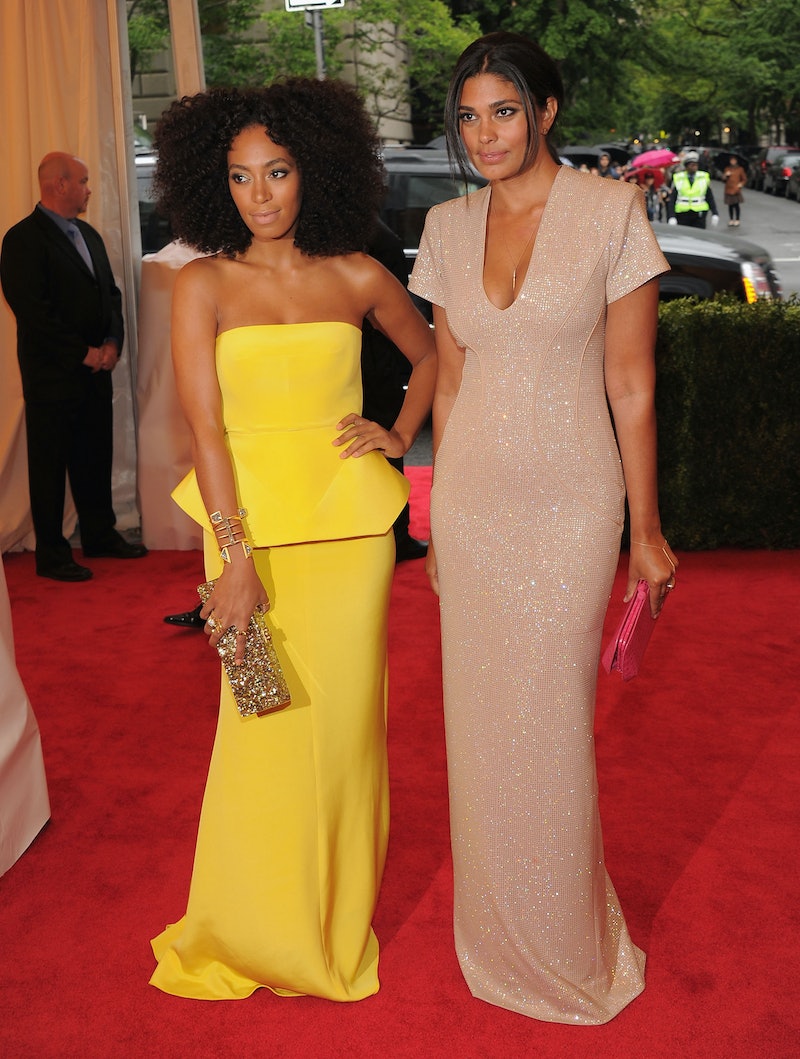 In the ongoing mystery that is Solange Knowles' elevator attack on Jay Z, there have been many theories as to why Solange was so upset. The one theory that has been the most prevalent is that Jay Z was being a little flirty with fashion designer Rachel Roy. With this story being so wide spread, it is no surprise that when Rachel Roy seemingly tweeted Jay Z lyrics, people took notice. But soon after the tweet was put out there, Roy explained that the phrase she used in a tweet to promote her clothing line was simply a coincidence.

The tweet that alerted people to a possible Jay Z connection reads, "The beach is better! Escape with RRR's Summer '14 video" along with a link to a video promoting her collection. As Hollywood Life reports, "Rachel’s 'The beach is better' message is a direct reference to Jay Z’s song, 'Beach Is Better,' which appeared on his last album, Magna Carta Holy Grail."

As Roy went on to explain, the tweet was hardly a direct reference — she just wants people to buy her beachwear. Roy wrote in another tweet, "Tweeties this is silly,the beach IS better in summer or anytime in my book,no idea that was the name of a song, #welovethesea #alllove xxRR."

Roy's background with Jay Z is an interesting one. Roy was previously married to Jay Z's former business partner Damon Dash. Also, as Wendy Williams' noted in her extensive theorizing, Dash and Jay Z, allegedly, used to pass around interns and other female office employees between them and Roy was an intern at one point.

Supposedly, at the after party but before the elevator fight, Solange saw Jay Z get too up close and personal with Roy. After noticing, both Beyonce and Solange are said to have confronted Roy about the situation. A source who spoke with the Daily News said, "Rachel is a little too close to Jay Z. Solange doesn’t like it, and Beyoncé doesn’t like it." Solange obviously took things further than her sister. Another source who spoke with E! explained, "Beyoncé approached Rachel to let her know the behavior was disrespectful and she wanted her out of their lives for good. Solange came over to have her sister's back, and things got heated with her and Rachel." Following her argument with Roy, Jay Z is reported to have said something like, "You are out of line" which prompted the attack in the elevator.

Whether or not any of this is true is up in the air because everything is according to unnamed sources. (Well, that and the brilliance that is Wendy Williams.) But it is clear that Rachel Roy has at least heard the rumors, otherwise she wouldn't have sent that second tweet. With how confusing all of this is, can we even take Roy's word that the "beach is better" tweet was unintentional? If you ask that Daily Mail source, probably not. They said, "Rachel is combative and a tough girl. She didn’t back down."