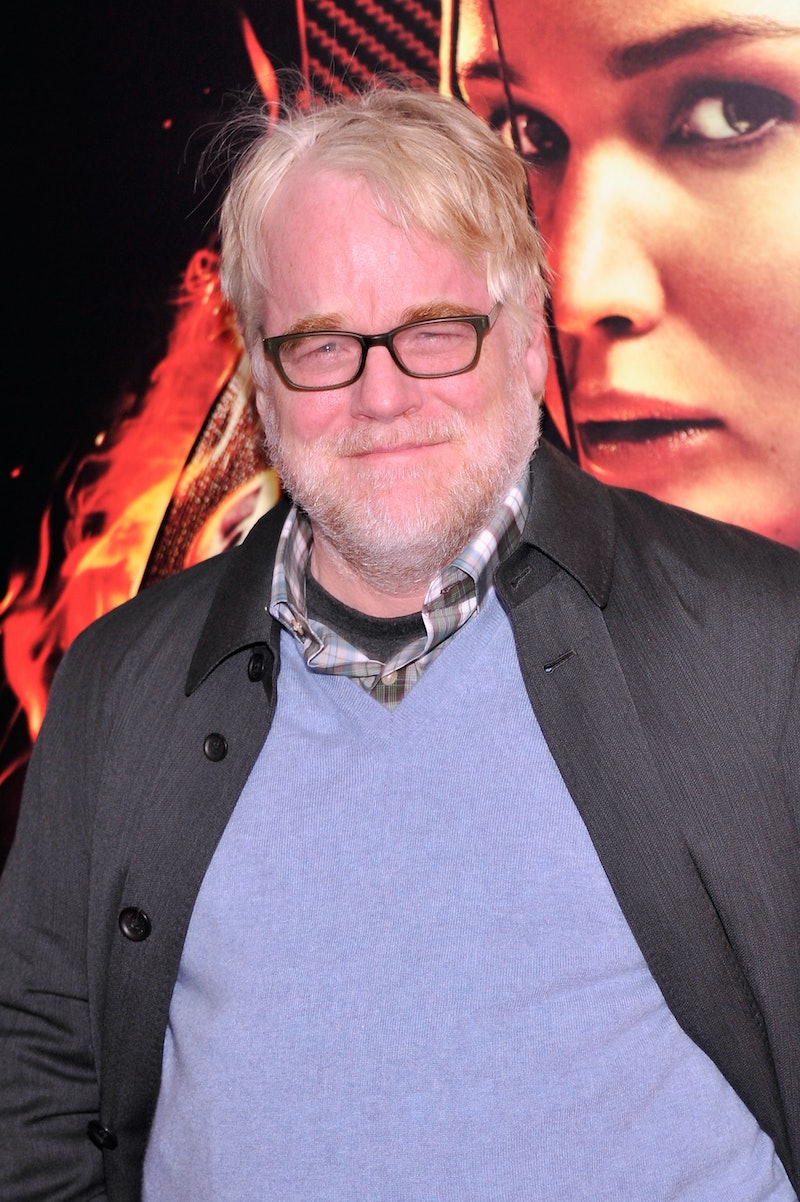 When Philip Seymour Hoffman died suddenly this past February it begged the inevitable question: how would this impact his role in the final Hunger Games movie which is still currently filming? Well now director Francis Lawrence has confirmed exactly how Philip Seymour Hoffman will appear in Mockingjay, and fortunately it's nothing but good news.

A lot of rumors have been floating around since Hoffman's tragic death, including one that speculated a digital solution for his Plutarch Heavensbee character. “You can do digital things; you can have conversations where you’re not focusing on him but the people he’s talking to,” an insider from the NY Post said in February when it was reported that Hoffman would be CGI-ed in to any missing scenes. We thought that solution would be a gross injustice to Hoffman, and insensitive to those who were close to him.

Fortunately Francis Lawrence (no relation to Katniss-actress Jennifer Lawrence) seemed to agree with us and said there will not be a digital recreation of the head gamemaker. Hoffman only had a small number of scenes left to film when he died and Lawrence said, "We are going to put him into those scenes, but we’re only using real footage. We’re not creating anything digital or a robotic version of him."

Producer Nina Jacobson also said most of Hoffman's remaining scenes didn't include dialogue, but in rare cases where there was a line, it will be given to another character like Haymitch or Effie. But Jacobson cautioned even that will only happen "in circumstances that we are able to do that without undermining the intent of the scene."

It's more than we could have hoped for to see how respectful director Lawrence and others involved with the film are planning to be. Deceased actors aren't always given a reprieve from CGI recreation. Even legend Audrey Hepburn's image was digitally re-imagined for a recent chocolate commercial.

Although it's more than unfortunate that we lost Philip Seymour Hoffman, we can at least take solace in the fact that a YA movie, however great it is, won't take precedence over paying him the respect he deserves.