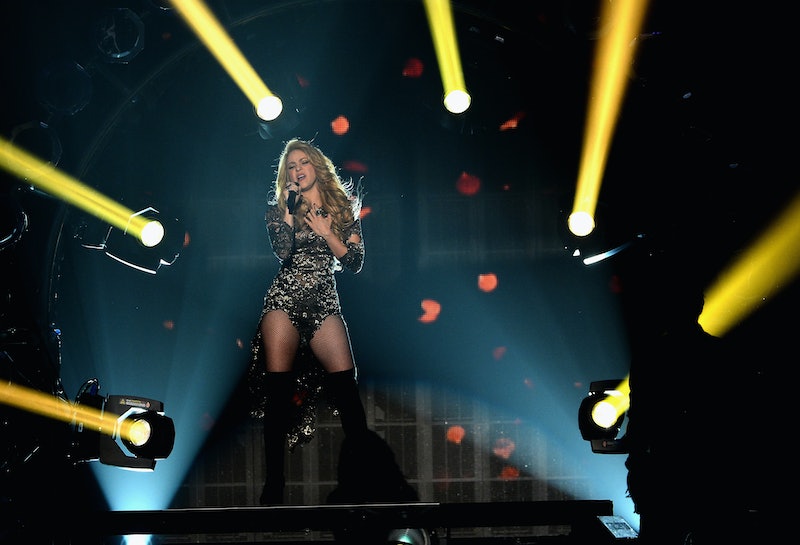 Itching to watch the 2014 Billboard Music Awards on Sunday night? Of course you are! Why wouldn't you be? Ludacris is hosting, Jennifer Lopez is receiving the Billboard 'Icon' award, and Miranda Lambert and Carrie Underwood, Iggy Azalea, and Lorde (amongst others) are all performing. We might even see a hologram of Michael Jackson shimmying to his new XSCAPE album.

While a hologram would be (kind of) interesting, it'll never beat the pillow fight between Rihanna and Britney Spears. Still, who knows what crazy shenanigans this year's performers and attendees might get into? Maybe Katy Perry and Lady GaGa will finally have that green paint vomit-off we've all been dying for.

Got a friend or parent with a cable subscription? That was a hypothetical question — of course you do. Even if cable subscriptions are dropping, everyone still knows at least one person who actually pays for cable. If you can snag their account login, you can use it to stream ABC with their On Demand service, ABC Go.

Americans aren't as dumb as everyone thinks we are — we know Canadians like music and the possibility of crazy, live antics just as much as we do.

So, if you're based out of Canada and are sans cable, go to CTV Go and live stream the awards.

If You Only Care About the Red Carpet...

We get it. Between the red carpet and the actual awards, you're spending a good four hours on the show. If you're content to check Twitter for all the awards winners but can't bear to miss the glamorous and bizarre duds sure to pop up, Yahoo! is live-streaming the two-hour pre-show, starting at 6 PM Sunday. The feed will also be available at the official Billboard Music Awards and Billboard websites.

Go Stand in the Lobby of the MGM Grand Hotel

If all else fails and you live in Las Vegas, go mill around the lobby of the MGM Grand, where the show is being held, and see if they're streaming the show out by the front desk.

More like this
Is Megan Fox Pregnant? MGK Gave A Shout-Out To Their “Unborn Child” Onstage
By Hugh McIntyre
Stormi Just Walked A Red Carpet With Mommy Kylie Jenner & Daddy Travis Scott
By Hugh McIntyre
Doja Cat Wore Surrealist-Inspired Schiaparelli To The BBMAs
By Dominique Norman
Selena Gomez Joked About Her Relationship Status In Her ‘SNL’ Monologue
By Grace Wehniainen
Get Even More From Bustle — Sign Up For The Newsletter