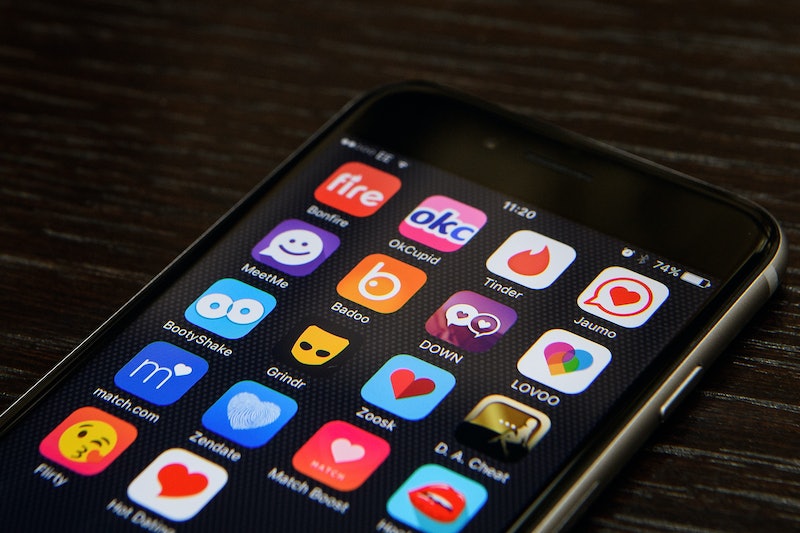 Online dating venues have continued to proliferate in recent years: personally, I'm especially amused by Gluten-Free Singles and 7 (inches) Or Better. Politically-motivated sites are no exception and, as reported by the Washington Post, your menu of ideological options is just about complete: OkComrade (for communists), LibertarianPassions, ConservativeDates, GunLoverPassions, RepublicanPeopleMeet, LiberalHearts, and PlanetEarthSingles. The Internet has made it much easier to find people who are similar to you, no matter how weird you are, including for romantic purposes.

But even if you can date strictly by politics, should you? On the one hand, research suggests that knowing someone shares your political beliefs can make him or her seem significantly more attractive to you, raising interest levels (as measured by online dating response data) by up to 10 percent. The data from that study also show that people match according to how interested they are in politics in the first place, too: politically apathetic individuals gravitate towards each other, as do politically interested people.

However, just because people seem to make initial dating choices based on politics doesn't mean that those are good ones (have all of your dating choices been good? I know mine sure haven't). Unfortunately, it's not clear whether politically-similar couples have a better chance of maintaining healthy, happy relationships in the long run. There are anecdotes —like that of famous, married political consultants Mary Matalin (Republican) and James Carville (Democrat). But studying the effects of politics on long-term relationships would be much more complicated that just measuring some activity on a dating site to see who messages who.

Depending on how important your politics are to you personally, it could make sense to join a niche dating site. But realize that you're limiting your potential dating pool dramatically, especially if you don't live in a major city. And don't expect these sites to be as fully-featured as larger, more mainstream sites. Many people on the main dating sites voluntarily list a political affiliation, and you can tell from their profiles whether they're super into politics as a career or hobby, or if it's just minor preference amongst many. For what it's worth, my boyfriend and I are both quite interested in politics and share many (but not all) of our political beliefs, and we somehow found each other in the dating pool at large on OkCupid.

It may seem intolerant or politically incorrect, but I'd recommend that you avoid wasting any time dating people whose political beliefs seem like a dealbreaker to you even at the outset. When you date online, so many first meetings are a disappointment even when you were excited about their profile, due to lack of in-person chemistry. If you're already dreading those election season conversations before you've even met, then that relationship is almost sure to be dead on arrival. Conservatives may have better sex, though, if you're looking for a tiebreaker between prospects!