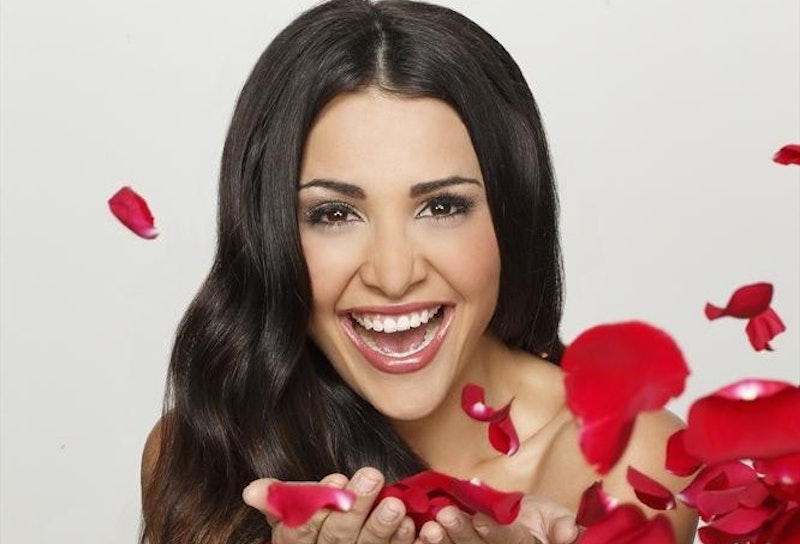 If there was ever any question that Andi Dorfman is going to make an awesome Bachelorette , let us erase any doubt in your mind now. The 26-year-old assistant district attorney from Atlanta, Georgia is officially looking for love while we all get to watch from our couches at home, and she couldn’t be more perfect for the job. But before we get all invested in Andi when her season of The Bachelorette kicks off on Monday, we need to get to know her.

In case you’ve already forgotten (and seriously, how is that possible?), Andi is the Season 18 Bachelor contestant who turned the tables on the now infamous Juan Pablo Galavis when she took a shot at doing the dumping. As ridiculous as he proved he could be, JP is not necessarily a dude we’d want to go toe-to-toe with on national television, but Andi took the bull by the horns and told it to Juan exactly like it is. No, Juan, it is not okay — and that is when I fell head over heels in love with Andi Dorfman.

Now? Andi’s back to “find the right Juan,” and before we gather together as a country to cast judgment on her choices for the next ten weeks, let’s get to know the girl behind the roses. Who is Andi Dorfman?

After attending Louisiana State and then grad school at Wake Forest, Andi managed to land her dream job right out of college. Now, an assistant district attorney, Andi’s kicking ass and taking names in Fulton County, Georgia. Andi’s passionate about taking down crime, and according to her ABC bio, she’s one of very few female gang prosecutors. I think Andi and Amal Alamuddin would have a lot to talk about.

Although I cannot identify with (or even understand) the life of a district attorney, in every other way, Andi is basically an everygirl. She loves chardonnay and cosmos, Carrie Bradshaw style, and her guilty pleasure is watching reality TV. So obviously, Andi’s getting a kick out of being in front of the camera for a second time, just like I would.

Other things I have in common with Andi: She wants to be Kate Middleton, she loves Scandal, and she has a crush on Ryan Gosling. And I would totally hide in a dryer if I had the opportunity. Can we be best friends?

She knows what she wants, and she’s not afraid to go after it.

Aside from the fact that it takes a lot of ambition to score an awesome career like Andi’s, it also takes a crazy amount of guts to outline just about everything that’s wrong with Juan Pablo on national TV. She realized he didn’t have a single quality that she was looking for in a guy, so she let him go — when it would almost be easier to get wrapped up in the drama and intrigue of possibly winning The Bachelor. Instead, she was all, “Nah, I’m good,” and left. Damn.

So what does Andi really want in a guy? Someone who her dad is actually impressed with, for starters… as well as someone who is “confident (but not cocky), funny, athletic, and knows how to change a lightbulb.” Good luck, girlfriend!

At the end of the day, she’s just looking for love.

Andi “absolutely wants to have a family,” but she wants to find the perfect guy to share her life with first. Andi has a definite goal of finding the love of her life — and she’s not willing to settle for anything less.

“I'm the type of girl that definitely wants a family one day, and that's important for me to see in a future mate,” Andi tells YourTango. “And just a guy that's strong and confident but is also able to be vulnerable and share his emotions with me. I think communication is definitely something I was looking for in a guy going into this.”