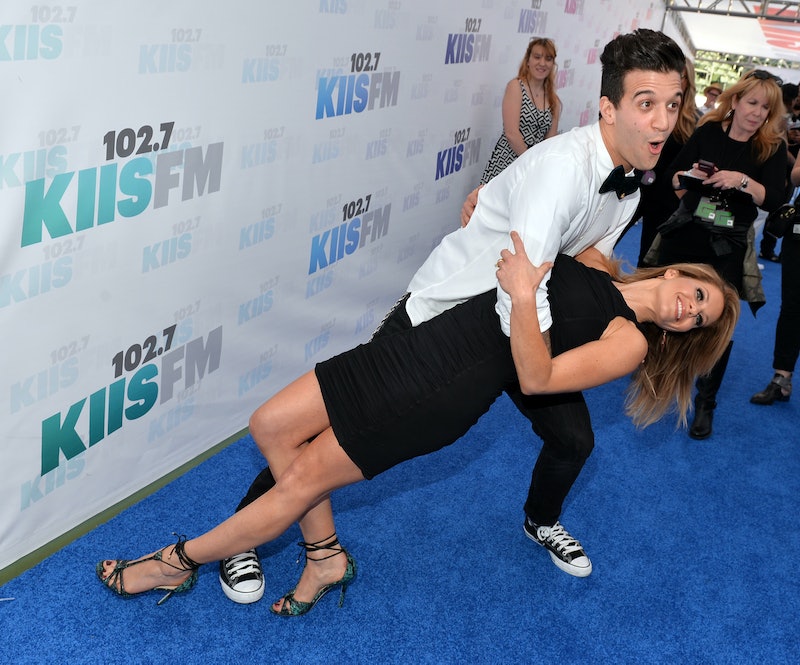 It's every performer's greatest nightmare. There are so many things that can go wrong during hell week, from missing props to broken sets, and it seems like the only thing you have any real control over is yourself. Just remember your stunts and your lines and you'll be fine, right? Not so much. While rehearsing his routine with Candace Cameron Bure, Mark Ballas suffered a serious injury that has put him out of commission just before the finale of Dancing with the Stars. Whether or not Bure's routine would dance her to victory was already uncertain, but now her chances are twice as bad since she might have to get used to doing her old routine with a whole new partner.

Ballas was injured while the pair were rehearsing camera blocking. The routine required Ballas to lift Bure onto his shoulder, but Ballas dislocated the shoulder during rehearsal and he was taken to the hospital. Although he has since been released, Ballas was advised to sit out the finale to avoid aggravating the injury. If he heeds the advice of the doctors, then Bure will be dancing with another Dancing with the Stars professional who will learn the routine. However, this is just a precaution, as Ballas insists that he still wants to perform regardless.

This marks the second time that Ballas has injured his shoulder during his time on Dancing with the Stars. During the season five finale, he dislocated his shoulder while performing with actress Sabrina Bryan. Bure and Ballas were one of four remaining couples who would be fighting it out in the two-night season finale which begins Monday, May 19. The other couples are Meryl Davis and Maksim Chmerkovskiy, James Maslow and Peta Murgatroyd, and Amy Purdy and Derek Hough.

Meryl and Maks remain the fan favorites for victory due to their intense chemistry that has many speculating about their relationship, but Bure has a unique chance to represent the underdog with this disadvantage. Either she and Ballas are going to perform together in a routine that wouldn't be out of place in the climax of any sports movie or she and another pro are going to perform together in Ballas's honor, hopefully bringing home that coveted trophy to cheer Ballas up.