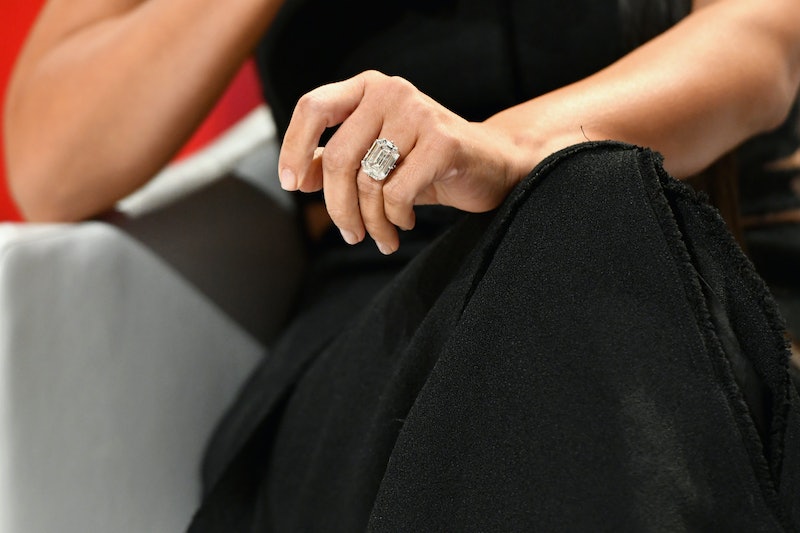 Things I did not know about the Centers for Disease Control include the fact that they don’t just keep an eye on things like teen pregnancy and the horrors lurking at Tough Mudder events. They also apparently track statistics on marriage probability. So: What’s a blog to do when they get a hold of this kind of information? Make an infographic, of course — which is precisely what New York Magazine’s Science of Us blog did. Ladies and gentlemen, we now have a graphical representation of how statistically normal it is that you’re not married yet:

Well, great. I turned 29 this year, so it looks like I’m starting to lean towards the abnormal end of things. Apparently that little TIME app that determined at what age I was “supposed” to get married based on the relationship statuses of my Facebook friends wasn’t that far off? Eh. Whatever. I’ll get married when I’m good and ready to do it, and not a moment before.

What this image doesn’t tell us, though, is how the numbers have changed over time. The big picture as revealed by the CDC tells us a little bit more: First, we’re dealing with the probability of first marriage among men and women between the ages of 15 and 44 before reaching a specific age; and second, the percentages are decreasing as we go. Here’s what the chart looks like for women:

I kind of wonder how these figures would match up with the average cost of a wedding in America. What kinds of weddings do those 17 women and five men have in comparison to the 78 women and 71 men who are married by the age of 35? How about those who are married by the age of 40? Do those who had really elaborate weddings that put them into debt when they were younger regret them once they’ve aged a little bit? Inquiring minds want to know!

In the meantime, though, it can’t hurt to remind yourself of this one simple truth: “Normal” is relative. Just do you.

More like this
Bumble's "Compliments" Feature Lets You Message Before You Match
By Lexi Inks
Here's How To Support Jewish People Amid Rising Antisemitism
By Hannah Orenstein
Emily Ratajkowski & Pete Davidson's Astrological Compatibility, Revealed
By Nina Kahn
TikTok Is Obsessed With Dolly Parton’s Houseware Line
By Alexis Morillo
Get Even More From Bustle — Sign Up For The Newsletter