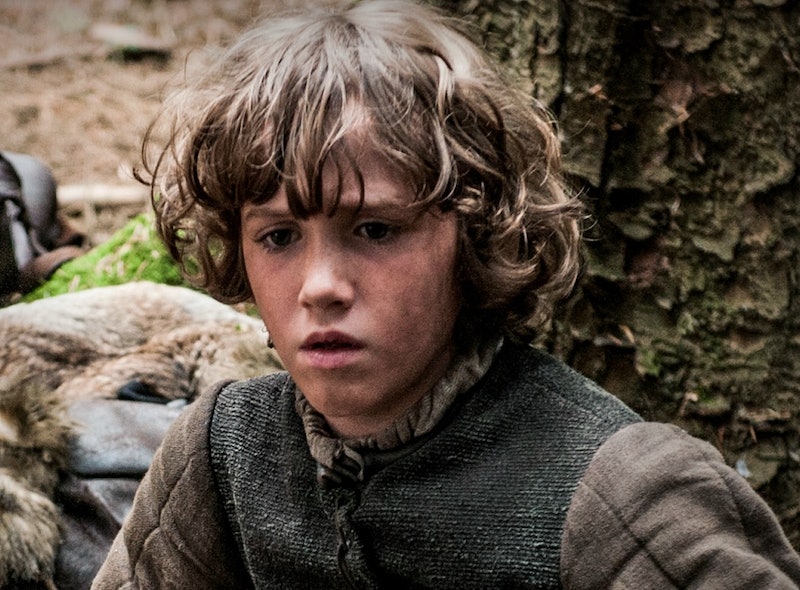 You guys, I don't mean to startle you but we have no idea where Rickson Stark is on Game of Thrones , do we? I mean sure, we know he's off somewhere south of The Wall with Osha — at least that was the plan at the end of season three — hopefully being protected by Shaggydog. But beyond their word and the initial plan (which always works out so well on this show)? We haven't the faintest clue wherefore art thou little prince. Do you know how bad that is? Do you know what that might mean? It means anything is possible: he could be dead, he could be alive, he could be some sort of non-winter White Walker, he could be going insane like these 7 other characters, or something else entirely!

WHY DOESN'T ANYONE CARE ABOUT RICKON STARK?!

Word on the street, even, is that book readers (spoiler maybe?) don't even know where Rickon is these days. In fact there are so many options and almost none of them are good. It's a terrifying prospect, all things considered. And one we'd do well to worry about (for the moment). Of all the Stark kids, he's the Where's Waldo-iest, making him our biggest concern. So what could've happened to Rickon?

Yeah: him and everybody else.

He's Turned into a Wildling

He is with Osha the escaped Wilding, after all. It would make sense that he would take on some of their unruly ways. Oh dear.

He's Warged Into One of Dany's Dragons

Ohh which of Dany's three dragons do you think Rickon is/was? Drogon the big meanie, Viserion the pretentious one, or Rhaegal the noble dragon-next-door? (Our money's on Drogon just because wouldn't that be juicy?)

He's Warged Himself into Ser Pounce

Yet another reason to BRING BACK SER POUNCE.

He's Warged Himself into Shaggydog Permanently

Anyone noticing a trend? Also we hope not because Shaggydog is KINDA SCARY (which certainly doesn't bode well for poor Rickon's future personality prospects, does it?)