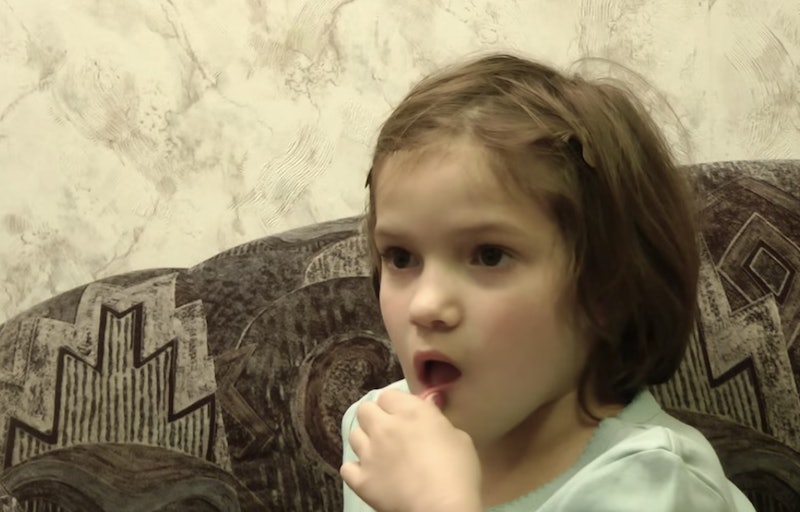 One way to teach your future kids where babies come from is via a typical "birds and bees" talk. Another way, though, is to show them a video of themselves emerging from a vagina. Like many other kids, eight-year-old Athina was curious as to where she and other babies come from. To satisfy their daughter's piqued interest, Athina's parents let her watch her birth video for the very first time, and her reaction is surprisingly precocious to say the least.

As the video starts, her parents explain what's happening to which she replies, "I'm excited." As Athina sees herself appear onscreen, she squeals and exclaims, "That's me! I'm in the video too!" Not many kids would be as cheerful as she is during such a graphic (albeit beautiful and natural) video, but Athina proves that she's clearly very mature for her age.

Athina even insightfully remarks, "This will happen to me when I'm a grownup too." Instead of being nervous or frightened by the video, she appeared unfazed and excited. Her only concern was that her mother had to endure pain during her birth — "Sorry, Mommy, that I did this" she says after she finishes watching the video.

The ending of the short flick is very touching, portraying the bond between mother and child.

More like this
Emily Ratajkowski & Pete Davidson's Astrological Compatibility, Revealed
By Nina Kahn
The 10 Memes That Defined 2022
By Alexis Morillo
This AI Filter Shows How You’d Look In Different Time Periods
By Alexis Morillo
65 Funny Dares You Can Send Your Friends Over Text
By Siena Gagliano
Get Even More From Bustle — Sign Up For The Newsletter