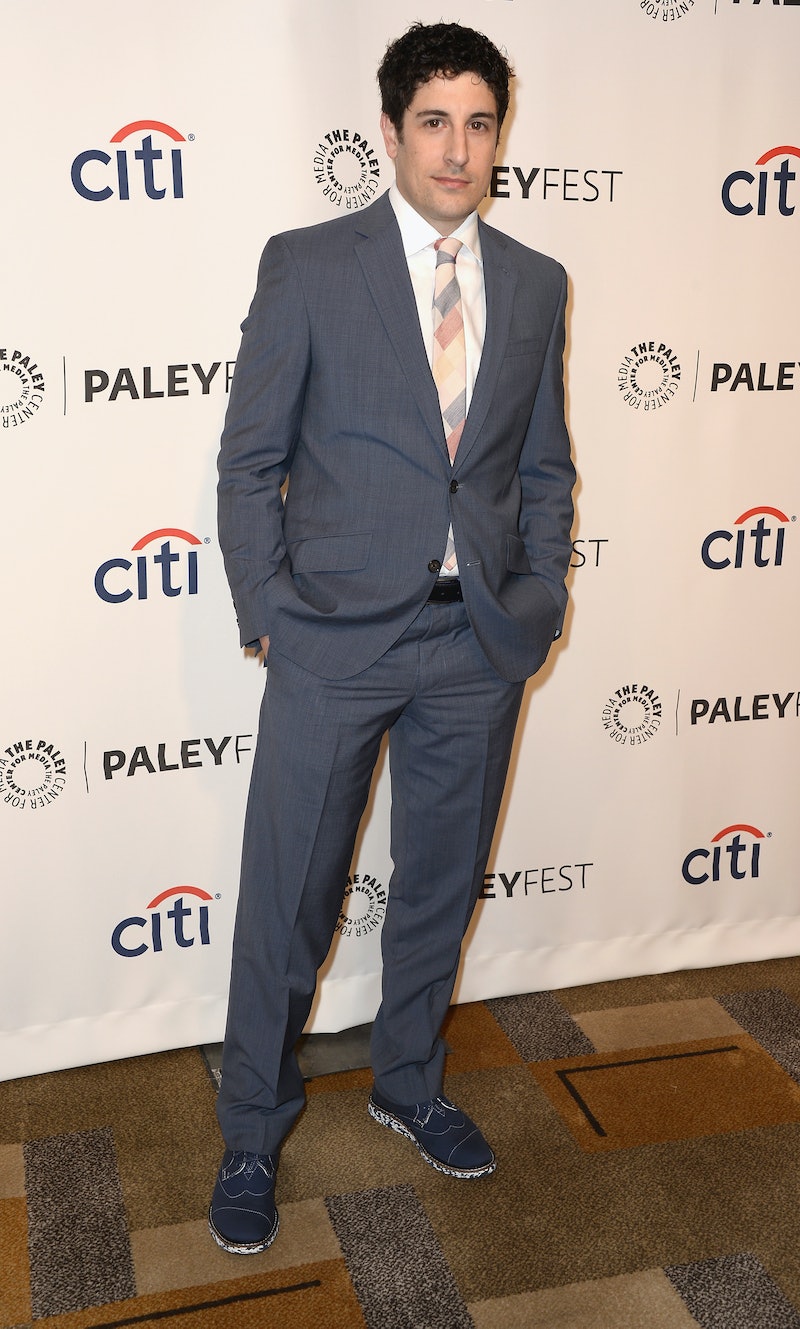 A new season of The Bachelorette, a new series of disgusting tweets from Jason Biggs. Similar to his horribly offensive tweets about the contestants during Juan Pablo Galavis' season of The Bachelor, the actor is at it again and during Monday night's premiere Jason Biggs wrote an insensitive tweet about Eric Hill, The Bachelorette contestant who died in April after leaving the show. Hill was involved in a tragic paragliding accident and, if you watched the premiere, you saw that a tribute was paid to Hill at the beginning of the episode.

Biggs has made it clear that he enjoys watching the series not because it depicts romance and the search for true love but, like many of us, because it's so ridiculous. That's totally cool, but there's a big difference between making a joke about someone's silly hairstyle and making fun of someone dying especially when his family only suffered their loss a month ago. In addition to other comments on the show, Biggs wrote, "Here's what I can tell you without watching- 8 of the 20 guys are in the closet, all of them workout, and 2 can do simple division." He followed that lovely tweet up with, "And 19 of them are still alive. #TooSoon."

Maybe it shouldn't be surprising that Biggs would write something like this considering last season he posted, "I bet that girl who has 9 special needs family members lets them play with her big titties every now and then cuz what else right?" but it is still surprising because anyone should know not to write something like this online. If he wants to make jokes like these in the privacy of his own home, fine. (They're still horrible, but fine.) But to write it out and still decide post it knowing how offensive it is and worse, knowing it could get back to Hill's family and friends, is just thoughtless and disrespectful. Biggs might just think it's edgy comedy, but if you have 400,000 followers and are tweeting about someone's death, it's time to hold yourself accountable.

More like this
G Flip Shared How They Got Romantic With Chrishell Stause & Discussed Babies
By Brad Witter
Twitter Is Upset About The 'American Idol' Top 3 Results: "Who TF Is Voting?"
By Jake Viswanath
How 2 'American Idol' Singers Performed With COVID-19 & Made It Into The Top 5
By Jake Viswanath
Twitter Is In Utter Meltdown After 'Derry Girls’ “Poignant” Finale
By Sam Ramsden
Get Even More From Bustle — Sign Up For The Newsletter