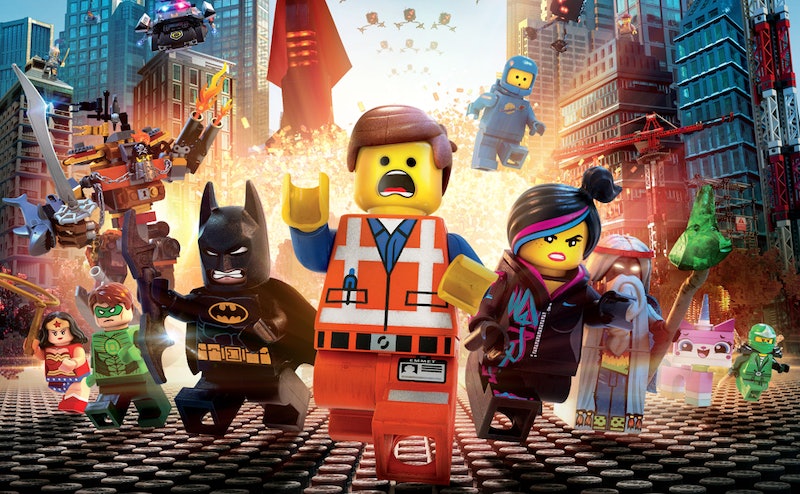 Every once in a while a movie comes along that somehow magically appeals to adults and children in near-equal measure. When that happens — and when that coincides with a major studio push — it often results in giant wads of cash. And giant wads of cash often result in a franchise. Which is why it's surprising to no one — but perhaps delightful for a few — that The Lego Movie 's getting a spinoff film. Because of course it would. Warner Bros. is so serious about this movie that it's already got a release date — Sept. 23, 2016 — and a Lego spinoff title, Ninjago . As you can probably deduce from that last part, the movie is ninja-centric, as well as the third film in the Lego Movie franchise. The second is The Lego Movie 2, being directed by Robot Chicken's Chris McKay.

Here are some things we can in all likelihood expect from this spinoff: Exhilarating pacing, wacky funtimes, and ninjas. The ninjas are by far the trickiest part of this equation, because we live in a time of intense think-piece saturation, and any major film bringing in major overtones from cultures considered "other" is bound to trigger about a thousand lengthy musings on what race, culture, and cultural appropriation means in our modern times. That' s rarely stopped movies — especially children's movies — from moving forward before, but it's something to keep an eye on as this develops, regardless of how sensitively or insensitively the film handles the whole ninja thing.

Besides, Ninjago's been an animated TV series since 2011 — so we already have a pretty solid idea of what this is going to look like.