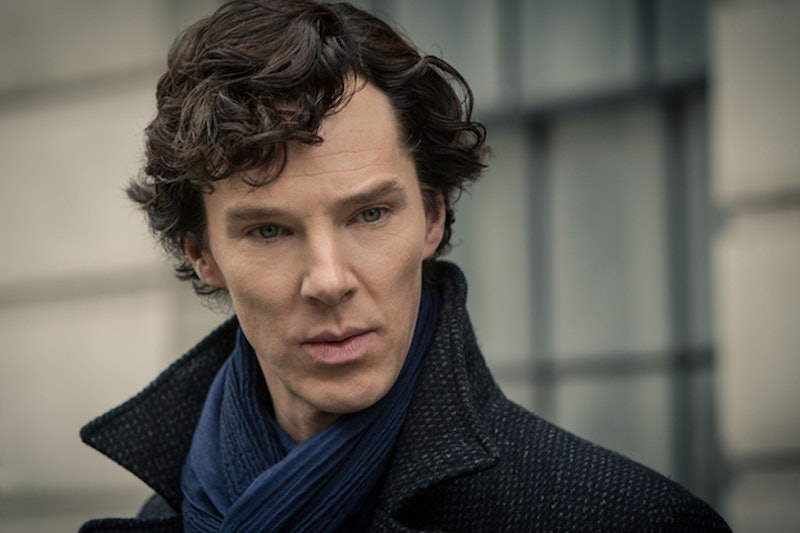 Good news, Cumberfans! It looks like Sherlock is planning Season 4, which means that somewhere in the not too far away future, we'll have more Sherlock, and thereby.... more Benedict Cumberbatch. While it seemed for awhile like it was totally up in the air whether the next "series," as the BBC calls it, would happen, we now know that it's at least in the works. In fact, producer Mark Gatiss commented that they have:

Moved significantly closer to getting a date in the diary for series four.

So they're working on it! However, it is Cumberbatch's super busy schedule that may be to blame for the Series 4 delay. Writer and director Steven Moffatt said that:

Benedict and Martin [Freeman] are making some movies. If you say ‘Who cares about movies?’ I agree with you, but they are doing them so we’ve got to schedule around that.

But they're making movies because they're so excellent! You can't blame Hollywood for wanting more Cumberbatch, can you? No. No you cannot.

Anyway, we can keep dreaming about the Sherlock Series 4 premiere 'til it happens, but until its arrival, look at how Cumberbatch looks like Butt-head, but in, like, a totally good way. And feast your eyes on some Sherlock-Cumber GIFs, like this one: