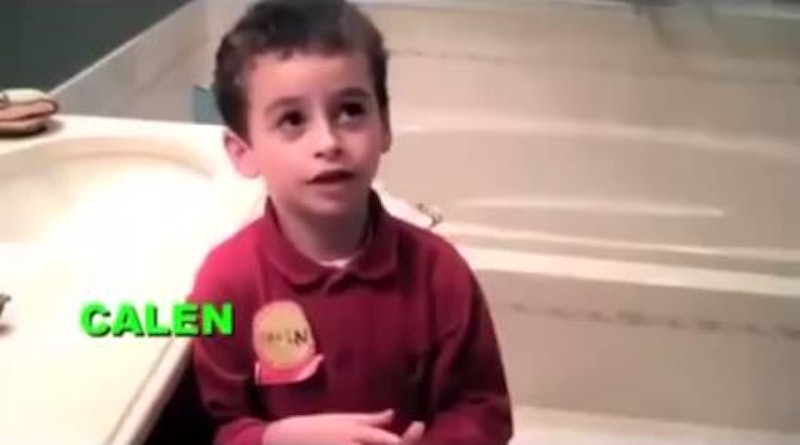 Kids say the darnedest things — but a lot of the time, the amazing things that come out of their mouths aren’t just hilarious little sound bytes. We can learn a lot about how to process new thoughts and concepts in an open, tolerant way by looking at how kids deal with them. Take the little boy in this video, for instance. He’s just met his first gay couple, and how he sorts through the totally-new-to-him idea is a shining example of how everyone should approach new ideas — both young whippersnappers and old fogies alike.

Also, he is precious. Seriously. So flippin’ cute.

Let’s take it step by step, shall we?

Openness, understanding, adaptability, zero prejudice… this kid is going to go far. And so, hopefully, will the rest of the world, if we start cultivating the same qualities in ourselves.

More like this
Sarah Michelle Gellar & Freddie Prinze Jr’s First Date Was Unexpected
By Maxine Harrison
What Does “The Rizz” Mean On TikTok? The Viral Slang Term, Explained
By Alexis Morillo
The 10 Memes That Defined 2022
By Alexis Morillo
This AI Filter Shows How You’d Look In Different Time Periods
By Alexis Morillo
Get Even More From Bustle — Sign Up For The Newsletter