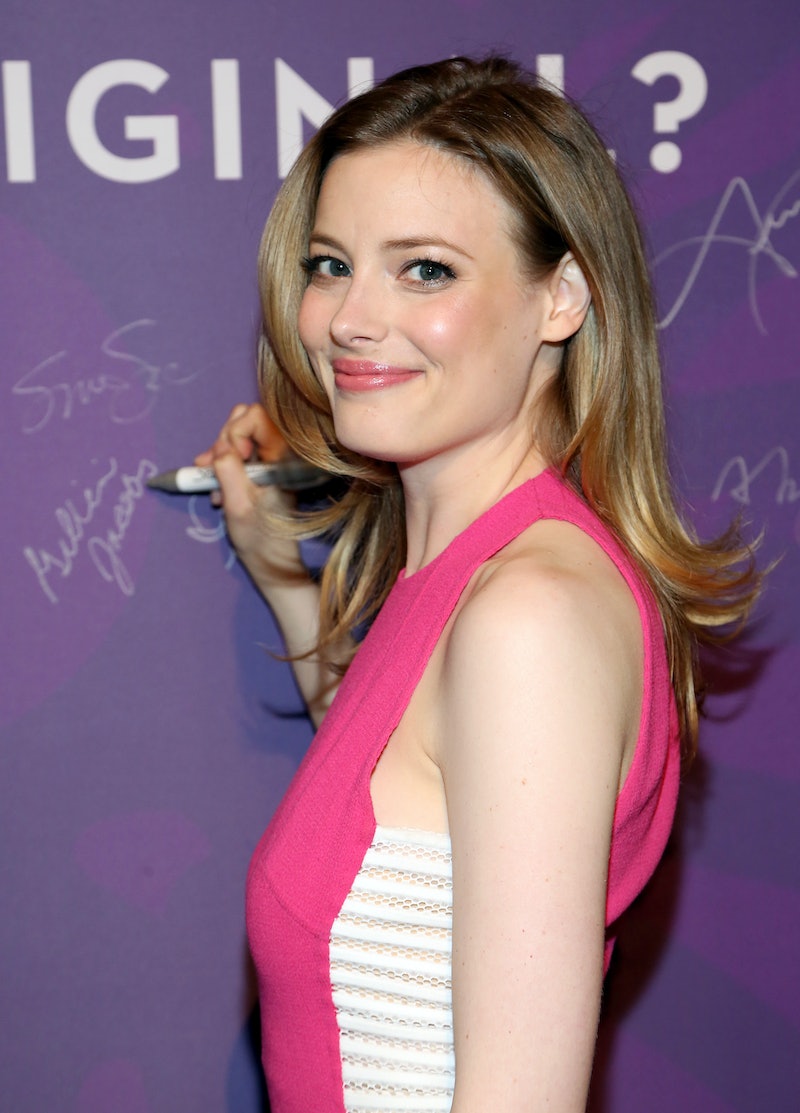 Community's Gillian Jacobs is heading to Girls Season 4 in a recurring capacity. Which is really quite great as her idiosyncratic humor is not to be missed. But knowing Jacob's penchant for totally Britta-ing everything she touches, we're fairly certain that Hannah Horvath and company's bungling abilities are about to meet their match. And we think we've figured out a few ways in which that could happen.

To Britta something means to muck it all up, oftentimes beyond repair (though Britta herself would tell you it's a more smaller error-affair). Which is sort of a speciality of Hannah Horvath's — something she has been wont to do over these past few seasons. From jobs to relationships to her own goddamn happiness, Hannah's done a lot of misdeeds, as have the rest of the girls and guys on Girls. But with Jacobs on the call sheet now, there's potential for her to be one-upped in that arena, possibly showing Hannah and the other women and men on this show, the error of her ways.

With a character name as unique and telling as Mimi-Rose, regardless of what storyline in which she ends up, the Britta'ing capacity is strong with this one.

Mimi-Rose is an uptight New England girl from a good family and a high school education brought to you by finishing-turned-private school Miss Porter's in Connecticut. Her life has been rosy and delightful and her writing is a hit with students and professors alike at Iowa. Hannah, naturally, abhors this and nitpicks every little thing Mimi-Rose does to anyone who will listen.

Turns out, though, that Hannah might just be onto something as she discovers in a late-night Tumblr binge that — holy shit! — Mimi-Rose has ripped off most of her writing from a young Taiwanese girl's fan fiction blog for the series Downton Abbey. Woooooooops: Britta'd!

After being disregarded and pushed around by her so-called friends in season three, Shosh hopes to enter a new phase in her life by befriending her new super posh, super hip boss, Mimi-Rose. Mimi-Rose is cool, confident, casually beautiful in a Cate Blanchett sort of way — everything Shoshanna aspires to be. And thanks to a few well-designed headpieces, Mimi-Rose has taken a liking to Shosh and the two become fast friends.

Except things go south quite fast. After going to a launch party for a new artisan-based all-natural, organic, gluten-free Vodka line, the duo end up in a bit of a skiff with security after Mimi-Rose is found stuffing bottles of the stuff into her and Shoshanna's bags for later. After refusing to give back the bottles because "don't you know how much Klout I have? I've got like nearly 1,000 Twitter followers!" Mimi-Rose is escorted out of the party and right to jail, leaving Shoshanna totally embarrassed and drive-by Britta'd.

Hoping to find someone with whom her passions and interests align, Marnie befriends a woman named Mimi-Rose, a gallery executive at a competing gallery down the road. They get along great — talking about the merits of twinsets as an older woman fashion staple, discussing the merits of an expensive but timeless purse, and bemoaning their terrible ex-boyfriends. In fact Marnie finally feels as though she's met one of her equals.

Too bad Mimi-Rose has a bit of a problem. Mainly her desire to one-up anybody she sees as a threat. Slowly Mimi-Rose grows jealous of Marnie and purposefully makes her look like an idiot at more than one opening that they attend together. Annoyed and frustrated at Mimi-Rose's inability to see what she's done, Marnie ends the friendship, feeling even more Britta'd than she ever had with Hannah.

Mimi-Rose — it's a name that causes blood to majorly boil in the heart of our dear Jessa. Mimi, a trust-fund baby turned boho free spirit, used to be good friends with Jessa growing up. But her incredibly ambitious drive caused Jessa to depart from that friendship hastily, and without telling Mimi-Rose her reason. Several years have passed since the dissolution of their friendship and in that time, Mimi-Rose has opened a jewelry line — complete with its own storefront in Brooklyn — and it's doing very, very well.

At the center of that collection? A design that Jessa had once drawn on Mimi-Rose (it was their secret special thing), which all the hottest up-and-comers in Brooklyn cannot get enough of, sending Jessa into a jealousy-induced tailspin of rage. Mimi-Rose, for all her upbringing and "free peace and love, man" attitude, is not above a bit of drunken fist-fighting and "I'm going to sue the shit out of you!" realness, ending in a late-night altercation Mimi-Rose barely remembers. Jessa fights back, though, and manipulates our lil lush into signing a contract drunk one night, giving Jessa access to 30% of the company's profits. Ouch: so Britta'd.

Adam's desire to find someone who truly understand his new world begins dating an up-and-coming Broadway star Mimi-Rose. A triple-threat with a lot of buzz on her back — and an insecurity complex to match — Mimi-Rose, for all her talent, isn't in it for the craft anymore. Now she's learned the game and its political machinations, unlike Adam, which drives a wedge into their initially promising relationship. Mimi-Rose, even with all her ideals about what acting means to the world, needs to have everyone love her and won't stop until the acclaim is all hers.

In spite of all that, Adam sees the good in her, the insecure little girl in her (that's sort of his thing). But just as it did with Hannah, Mimi-Rose's own insecurity outbursts (one of which even ended up as a scandalous news item on Broadway.com), manage to Britta that budding relationship right the eff up.

Potential Britta'd Scenario No. 6: As Ray's Awkward Turtle of a Crush

Oh, Ray. Ray, Ray, Ray — why do you always fall for these sort of uppity girls? First Shoshanna, then Marnie, and now Mimi-Rose. After taking down his pride a notch following the whole Marnie debacle, Ray puts himself out there and asks regular Ray's customer Mimi-Rose on a date. The duo, surprisingly, have a magical, semi-jaded evening full of conversation and laughter. Everything seems to be going great — until the next day when she pretends she has no idea who he is.

Brushing him off as "so weird and crazy," Ray's heart is crushed by Mimi-Rose in public, but in private the two have a great time. Ultimately, Mimi-Rose really likes Ray, but her shame over his job ("he like, makes specialty coffee for a living which is just so bougie") makes her bungle the whole thing up on purpose — afraid she could ever fall in love with "just a coffee guy." Poor Ray, so Britta'd.

More like this
Who Is Allison Williams Dating After Her Divorce? She’s Engaged With A Child
By Jake Viswanath
This 'Gossip Girl' Wardrobe Error Has Gone Viral On TikTok
By Alyssa Lapid
All The ’70s Easter Eggs You Missed In 'That ’90s Show'
By Grace Wehniainen
'Abbott Elementary' Fans Probably Missed This 'Parent Trap' Easter Egg
By Sam Ramsden
Get Even More From Bustle — Sign Up For The Newsletter
From hair trends to relationship advice, our daily newsletter has everything you need to sound like a person who’s on TikTok, even if you aren’t.