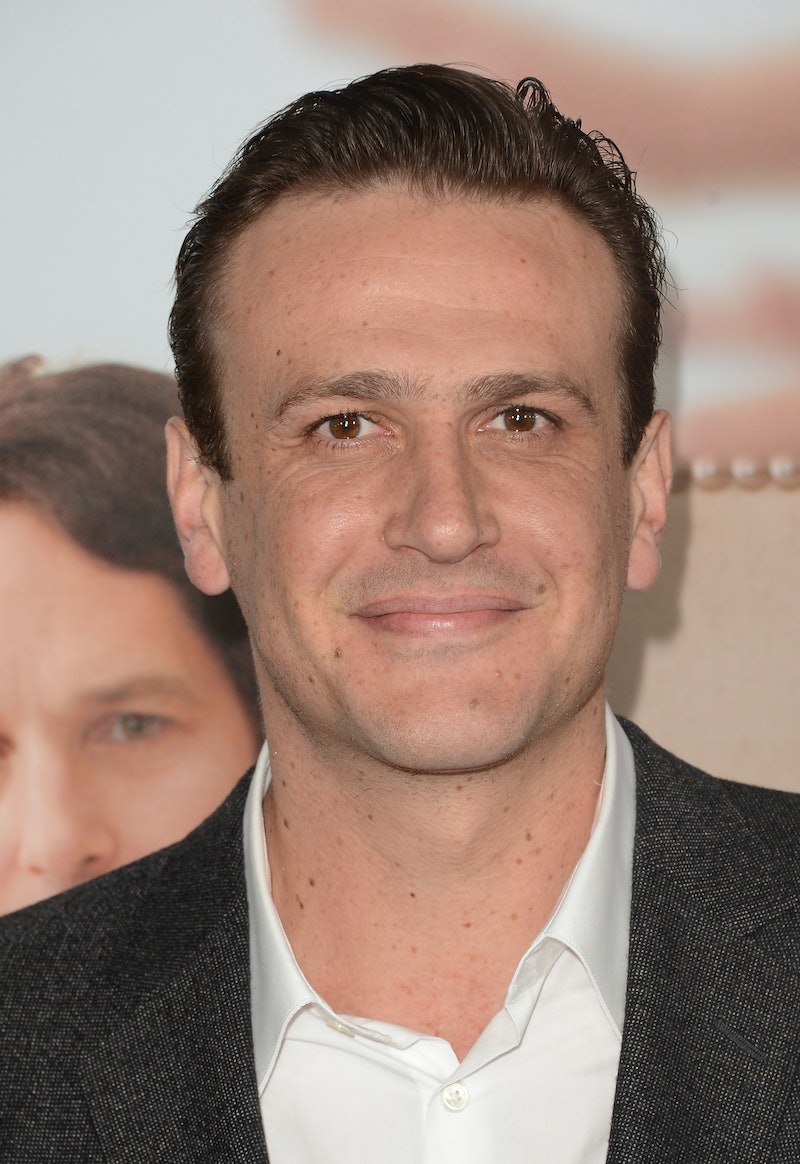 Just in case you needed another reason to be totally smitten with Jason Segel: he's now the co-author of a children's book. That's right, the same guy who was one half of one of television's all-time sweetest couples (Marshall of Marshmallow and Lilypad on How I Met Your Mother) and wonderfully brought our beloved Muppets back to the big screen has gone and done something totally adorable again.

And while a celebrity penning a book geared towards younger readers is nothing new (everyone from Billy Crystal to Julianne Moore has gotten in on the game), his reason for writing it is as inspired as the book itself. Segel told Entertainment Weekly that his upcoming novel Nightmares! —about a group of kids who literally try to defeat the fears — was inspired by the very nightmares that haunted him as a kid. He also cited movies like The Goonies as a driving force for the book (which he co-wrote with Kirsten Miller). So Jason Segel not only has awesome taste in pop culture, but he's also so in tune with kids that he can help them overcomer their own fears? Yeah, it's impossible not to love this guy.

Of course, this is hardly the first time the 34-year-old star done something that's made hearts flutter. In honor of Segel's upcoming book (which will be released on September 9), we've picked some of his most adorable moments, on and off-screen.

When Nick Tried To Woo Lindsay on Freaks and Geeks

Sure, a lot of people may cringe at this scene in which Segel's well-meaning, but trying-way-too-hard Nick serenades his girlfriend Lindsay (Linda Cardellini) with the cheesy Styx classic "Lady" but the moment is so endearing and honest and sweet, you just want to give him a big hug and tell him that someday he'll find a lady that loves this kind of thing.

... And that lady, kids, would be Lily Aldrin, of course! Segel's Marshall Eriksen did about ten trillion adorable things for his friends and his wife over the course of nine seasons on How I Met Your Mother , but it's hard to top the "Nighty Night" song. It's a little lullaby that he composed for his wife when they had to spend a night apart so that she could still fall asleep without him by her side. In case that's not cute enough, he also came up with a lullaby for their son.

Yeah, there's gonna be a lot of singing on this list.

Jason Segel's passion project stirred something in all of us.

When Sydney and Peter Professed Their Dude Love to Each Other in I Love You, Man

Real-life pals Jason Segel and Paul Rudd already clearly love each other off-screen (among some other things they clearly seem to enjoy the company of) but their on-screen relationship is equally lovable.

Yes, his Dracula musical was beyond amazing, but the thing that made Segel's heartbroken Peter so lovable in Forgetting Sarah Marshall was when he risked life and limb to get a nude picture of his crush Rachel (Mila Kunis) taken down that she desperately wanted down. It was as sweet a gesture as any.

If Jason ever participates in "Lip Sync Karaoke," the adorable gauntlet will be thrown.

More like this
Alicia Silverstone Revives Her 'Clueless' Character In This Super Bowl Commercial
By Jake Viswanath
Ashton Kutcher Wants Danny Masterson “To Be Found Innocent” In Rape Retrial
By Jake Viswanath
The Jonas Brothers' New Album Has A Very Meta Name
By Alyssa Lapid
Jessica Simpson On The Time She Was Pursued By A Backstreet Boy & An *NSYNC Member
By The Editors
Get Even More From Bustle — Sign Up For The Newsletter
From hair trends to relationship advice, our daily newsletter has everything you need to sound like a person who’s on TikTok, even if you aren’t.