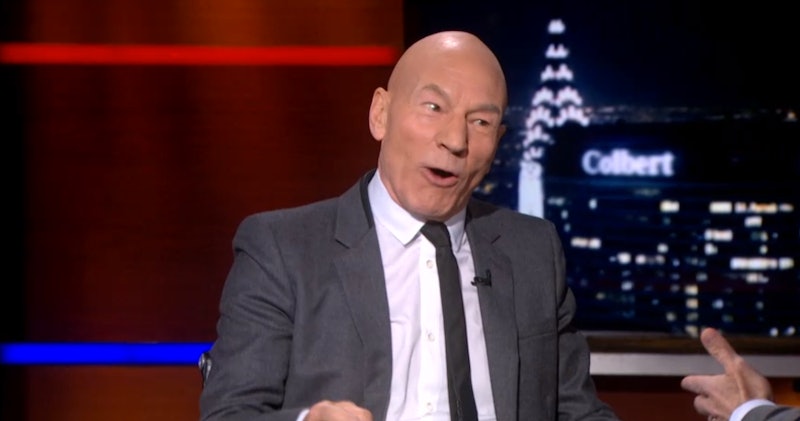 Stewart's regret came up when he was regaling Colbert with tales of his time as a prefect at school, causing Colbert to do the only logical thing and ask if we went to Hogwarts. "It's painful you should bring that up," Stewart said. "Not one phone call! Damn!"

Patrick Stewart as Dumbledore would have been damn near amazing. Why, cruel world/Warner Bros. producers, did you deprive my childhood of this? Sir Ian McKellan, Stewart's best friend and fellow X-Men star would have also been great in the Potter movies, but he was too busy starring in Lord of the Rings. Stewart didn't have any scheduling conflicts like McKellan did, though, so why wasn't he cast? Now all that's left to do is mourn a role that will never be. Sigh.