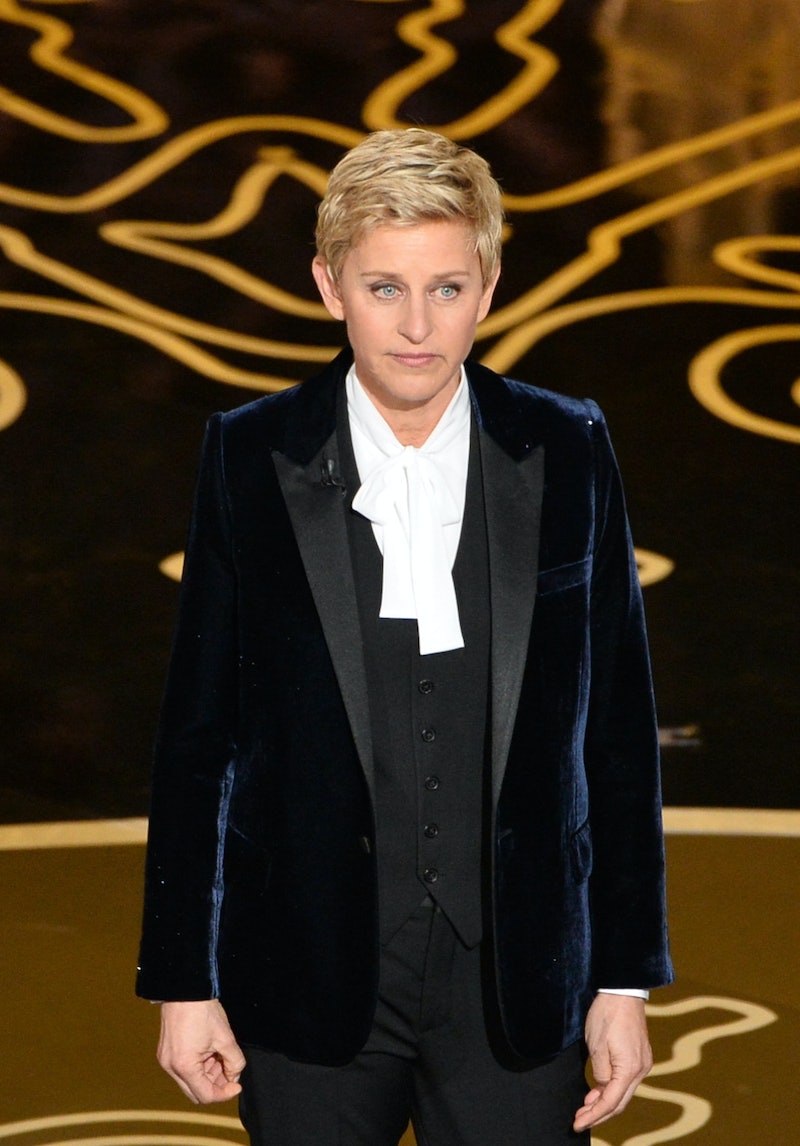 You'll never guess who just became a real life Elle Woods. It's Ellen DeGeneres, with her crusade against animal testing. A long-time animal activist, DeGeneres is acting out the plot to Legally Blonde 2 (without the lawyer part, or the pink dress part) as she takes on facilities in Taiwan looking to start rabies testing on beagles and other animals.

For those of you who may have let your Legally Blonde knowledge lapse (how dare you), the sequel's storyline was all about Elle Woods trying to find her chihuahua Bruiser's mom. After discovering she was locked up in a animal-testing facility, Woods campaigned to get the practice of animal testing for cosmetics use shut down.

Unfortunately, in real life, animal testing is still pretty rampant and not as easy to stop. But that isn't holding Degeneres back as Taiwan reintroduces experimentation as a response to the country's rabies case last summer (the first in 50 years). But our favorite Oscars host is fighting back and arguing that the nation can keep their communities safe without killing helpless animals.

In a letter to Taiwanese officials DeGeneres said:

As a long-time advocate for the welfare of animals, I would like to join the many physicians, scientists, and veterinarians who have encouraged the Taiwanese government to avoid experimenting on live animals in its efforts to combat the rabies virus in Taiwan. I understand that the proposed experiments, which would involve infecting beagles, mice and ferret-badgers with the deadly rabies virus, are neither humane nor scientifically necessary. No one would want to think of forcing live animals to go through experiments in which they develop rabies and ultimately die from it.

Seriously, how could anyone hurt these sweet animals? We're glad DeGeneres is on the case.

She's been fighting for animal welfare for years, even raising $1.5 million for the Humane Society with her famous Oscars selfie. (Samsung gave a dollar for every retweet the photo got, so you probably helped the Humane Society, too!)