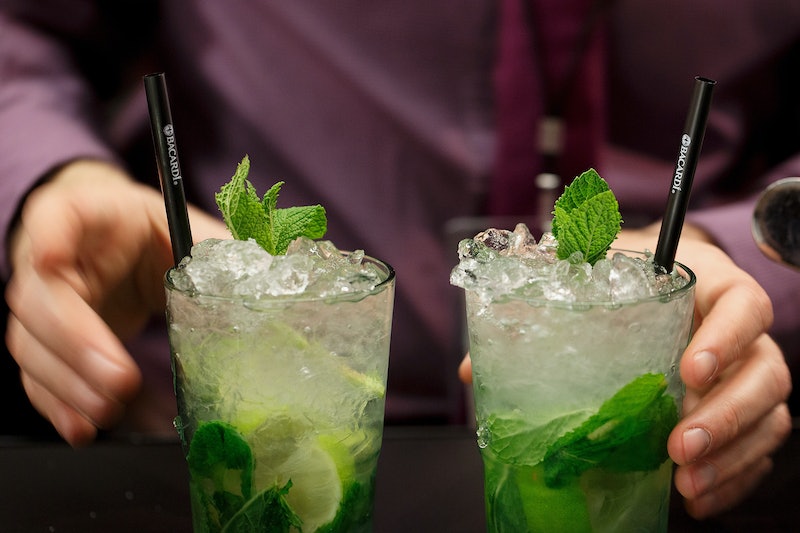 The World Health Organization released its global status report on alcohol and health for 2014 last week, and according to the results, the average person 15 years and older consumes 6.2 liters of pure alcohol a year — or, roughly one drink a day. What’s a website to do with that kind of data? Make a neat-o little app that tells you what country you drink like, of course! That’s exactly what TIME did — and since you all know how much I love offering myself up as a guinea pig for things like this, naturally it fell to me to demonstrate it.

I’m mostly a wine drinker, largely because it’s usually what I’ve got in the house; thanks to the glorious innovations in boxed wine that have happened in recent years, you can definitely get the most bang for your buck—and you don’t even have to lower yourself to drinking Franzia (shudder) to do it. My personal favorite is Bota Box, but Bandit is also a good choice, especially for things like picnics. Anyhoo, beer comes next as my drink of choice when I hit the bars; then, lastly, liquor. I love a good cocktail, but the key word there is “good”—it’s generally easier to get wallet-friendly wine and beer that’s actually good than it is for cocktails. I also don’t go out nearly as much in my old age as I did when I was younger, so I probably don’t drink much more than the average (seven drinks a week). Sooooo, setting the sliders at 2 beers, 5 glasses of wine, and no cocktails I drink…

As much as a Tuvaluan and like an Equatorial Guinean! That’s a lot more exotic-sounding than I was expecting. Tuvalu is a Polynesian island nation in the Pacific Ocean — the one that Will and Kate visited in 2012; Equatorial Guinea, meanwhile, is in Africa, slightly northwest of the Congo. Iiiiiiinteresting.

If, however, I adjust it to include one unit of hard liquor—representative of the odd cocktail I consume here and there — then I drink…

As much as a Salvadorean and like an Italian! That actually makes a lot of sense — I’ve got lots of Italian on my mother’s side. I suppose if I’d grown up to drink more like the country of origin on my dad’s side, I would be drinking a lot more sake, although probably with considerable less tolerance.