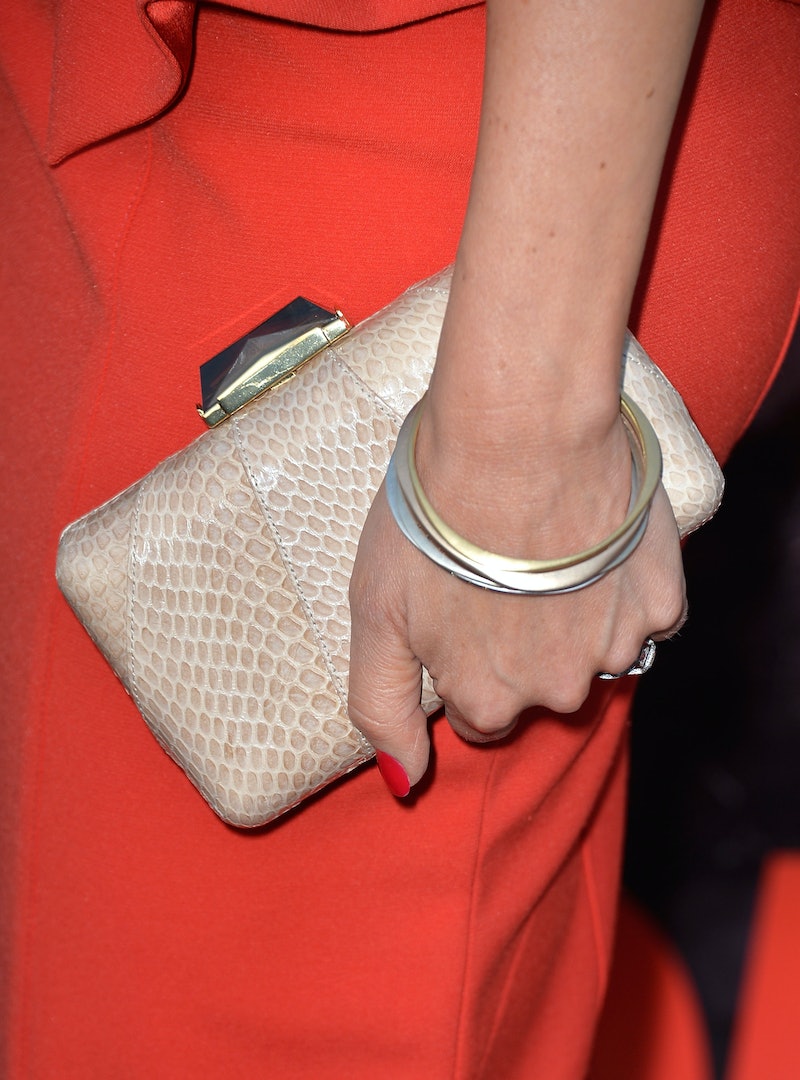 Want to signal rivals to back off your man without screaming “mine!”, pounding on your chest, and hulking around him on all fours? (Or, at least, make sure you don't have to do that again?) Science says: Just pull out that Marc Jacobs bag.

According to new research from the University of Minnesota, designer handbags are a subtler way for women to ward off romantic scavengers. Wait, go with me here.

Carlson School of Management Associate Professor Vladas Griskevicius and Ph.D student Yajin Wang investigated what other women infer about a woman’s romantic partner based on the extravagance of her possessions. "We found that a woman who is wearing luxury items and designer brands is perceived to have a more devoted partner and as a result other women are less likely to flirt with him," says Wang. "Regardless of who actually purchased the items, other women inferred that the man had something to do with it and is thus more devoted to her."

In another study, Griskevicius and Wang asked participants to imagine that another woman was flirting with their man to induce jealousy. Later, the women completed a seemingly unrelated task in which they drew a designer brand logo on a handbag. The results? When women felt jealous, they drew designer logos that were twice the size of those in the other conditions.

"The feeling that a relationship is being threatened by another woman automatically triggers women to want to flash Gucci, Chanel, and Fendi to other women," explains Wang. "A designer handbag or a pair of expensive shoes seems to work like a shield, where wielding a Fendi handbag successfully fends off romantic rivals."

So, what about single women? Are they subject to the same subconscious defense?

Surprisingly? Yes. Researchers found that jealousy triggered a desire for luxury products not just for women in committed relationships but also for single women. "Many single women obviously want designer products, but instead of these products saying back off my current man, the single woman is saying back off my future man," adds Wang. "Conspicuous consumption for women has a lot to do with subtle status within the female group."

Hmm. Although the university’s research about the consumption habits of women is interesting, I tend to indulge in designer bags simply because I think they’re cute, not because I'm trying to intimidate romantic rivals. That’s what my death glare is for.