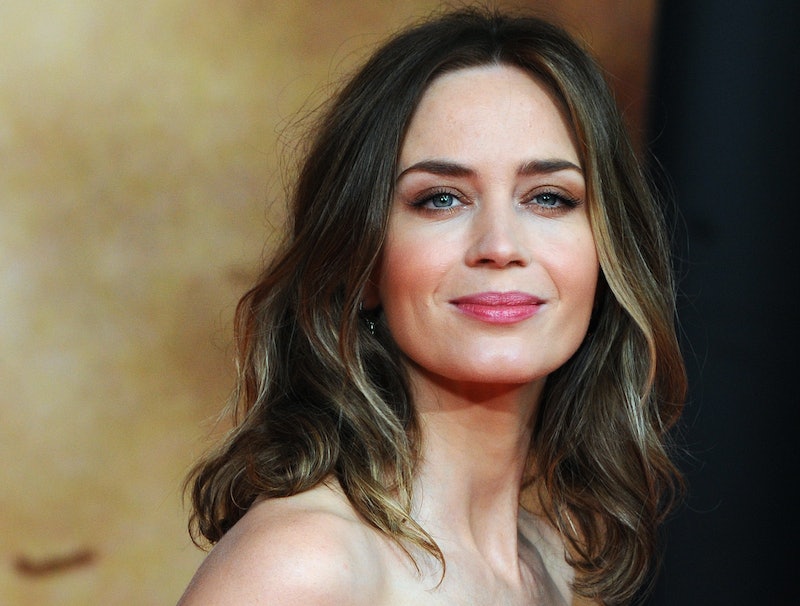 If you've watched television recently, gone to the movies, or been anywhere with billboards, you've probably been bombarded with advertisements for the new film Edge of Tomorrow. After what feels like years of ads, the movie is finally coming out on June 6. Regardless of whether you think the film looks good or if you think it looks like a repetitive mess, you're no doubt sick of the commercials. Someone who would have been equally sick of these commercials about nine years ago is one of the film's stars. Emily Blunt dissed Tom Cruise movies in a 2005 interview and a bold reporter recently reminded her of her statement.

In an interview with The Telegraph about Edge of Tomorrow, Blunt was told she once said (in an earlier interview with the same newspaper) that she'd rather do badly paid theater performances than play "a spear carrier in a Tom Cruise movie." At first Blunt denied ever saying such as thing. "I never said that! What an awful thing to say." The reporter then pulled out a news clipping of Blunt's quote to which she responded, "That is so funny. Well, at least I’m not a spear carrier."

It's true. Blunt isn't a spear carrier, but rather someone who gets to kill Tom Cruise over and over again, so maybe this aspect is what convinced her to take the film. She might have thought, "Well, if I have to give in and do the 'one for me, one for them' thing, at least this will be a way to release my anger."

Blunt recently had a daughter with husband John Krasinski, so like anyone else, she has to do what's necessary to provide for her family. Ya know, sometimes you just have to star in a big budget action flick with Tom Cruise in order to send your kid to college. It happens.

And, to me, it makes Blunt seem cooler in a way. Now I know when I get annoyed at those commercials, she likely feels the exact same way.