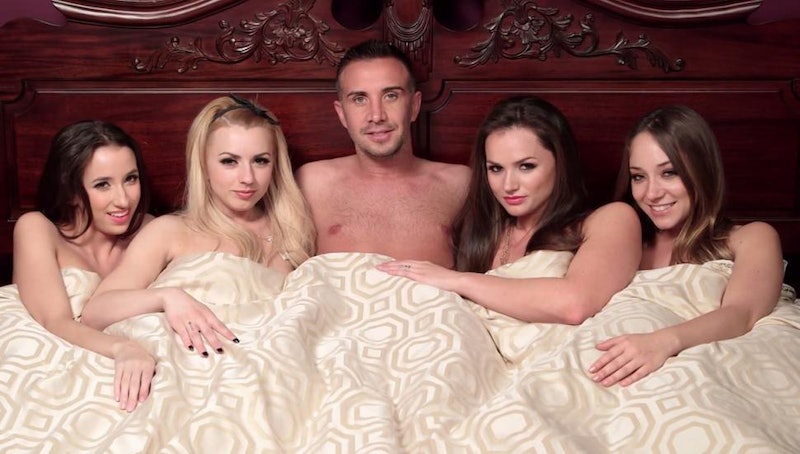 Watching the trailer — which doesn't seem to showcase any airdate or network affiliations, nor does its website or Twitter account — you do learn a few things about the series. Stuff like its judges' names — purported bigwigs Keiran Lee, Tori Black, Lexi Belle, and Remy LaCroix in addition to Knox —and claims to fame. In addition, a general premise was revealed. Like many a competition reality series before it, eight men and eight women, total newbies to the sex-on-screen scene, will compete for a one million dollar prize and the chance to do a scene with Knox herself. With the help of her fellow judges, these sexers-to-be will [insert some easy and cheesy sex euphemism here] their way to the top in hopes of being the last man and woman standing with a big, bright, shiny career ready and waiting for them, all decided upon by the voting and viewing American public. But we still have some questions.

Now outside of the obvious who/what/where/when/why and how questions, there are even more we'd like to have answered by Knox and crew. Mainly: