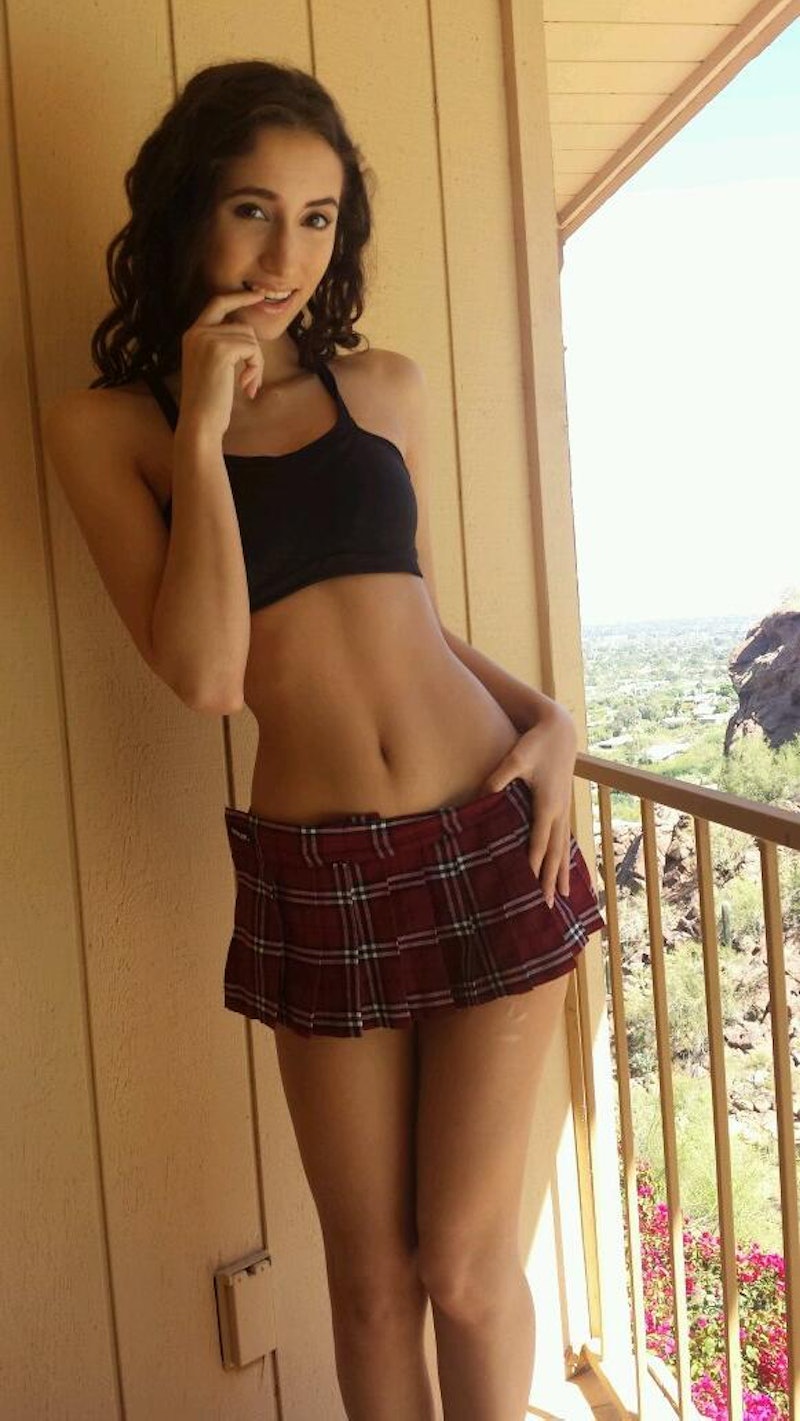 A dizzying dialogue has been ricocheting around Knox's burgeoning career, both in mainstream media and feminist news outlets. She's an embarrassment! She's an icon! She's so young! She's a whore! Personally, I find her enterprising and poised, but I'm all too aware that sexuality and pornography surf some choppy feminist waters.

Amidst all this far-ends-of-spectrum dialogue, Cathryn Berarovich wrote a refreshing post last week for The Gloss on sex work and branding. Part of Harlotry, her weekly column on the adult industry, the installment never even name-drops Belle Knox. It does, however, hold a magnifying glass to a mantra that Knox has maintained throughout her media circus — a sentiment, Berarovich says, that other sex workers share. She's talking about the widespread idea that sex work, when done correctly, is an empowering experience for its participants. Here's what Berarovich, an adult industry vet, has to say about that:

But here's where Knox and Berarovich split: unlike Knox, Berarovich doesn't believe that sex work is empowering, in and of itself. The money, totally, but sex work on its own? Not that liberating, she says. Here's her logic:

Oddly enough, then, it was Berarovich's last point that really resonated with me: sex work, like editing and investment banking, is a job like any other. Is it fun? In Berarovich's experience, yes. Is it as glamorous as it sounds? Absolutely not, says Berarovich, and money aside, it's not empowering, either. As she puts it,

"to say that my work is empowering only because I suck a bunch of dick to earn the dollars I pay my rent with ignores my labor, and that is pretty much the opposite of empowering."