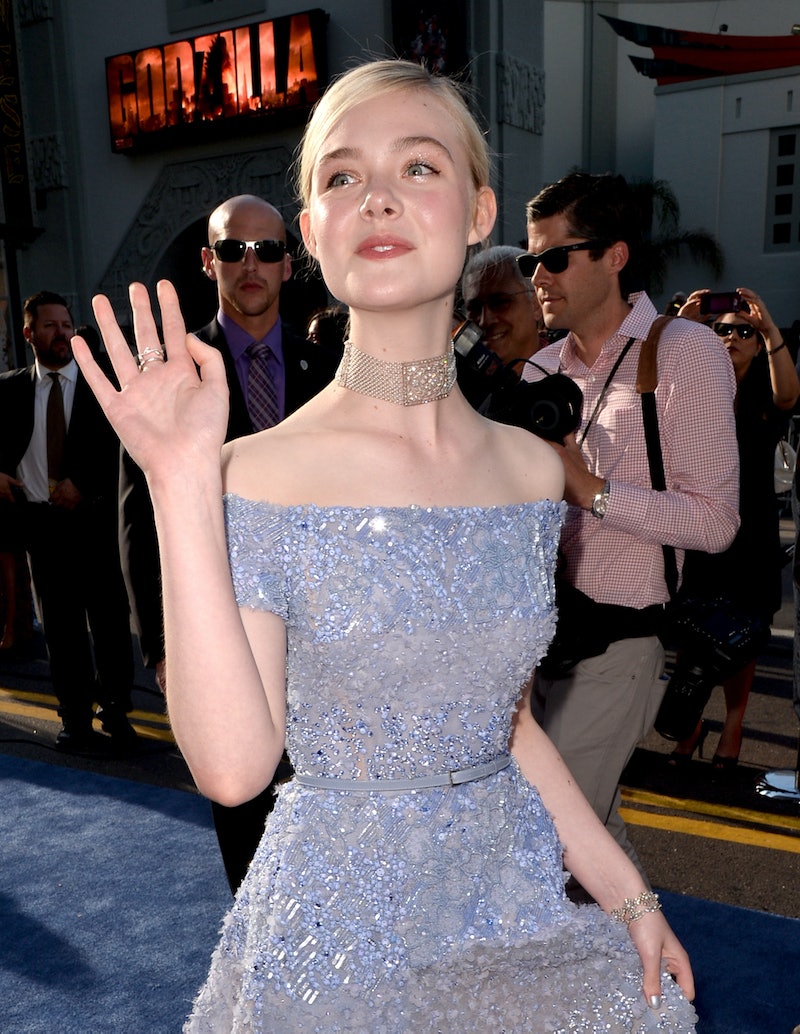 When I was young, I was never one of those super-girly little girls who wanted to sit around playing with Barbies, dressing my dolls, and dreaming of one day turning into a princess. (No offense to any of you who did all of those things, of course.) In fact, though I did love my fair share of music-filled Disney movies, I tended to veer more toward the non-princess films, whether it was The Lion King, Aladdin, or Alice in Wonderland. But recently, I’ve started to wonder whether I was wrong in my lack of love for anything Disney princess–related, and it’s all thanks to one young star in particular: Elle Fanning.

Fanning — who’s starring as Sleeping Beauty’s Aurora alongside the great Angelina Jolie in the upcoming Disney flick Maleficent — has been absolutely killing it on the red carpet during the film’s whirlwind of premieres and appearances, wearing glamorous gowns and cutesy pieces left and right that I just can’t get enough of (and probably never will). But there’s one other thing she’s been doing throughout the entire press tour: Turning into a real, live princess. And her most recent ensemble — a dreamy, elegant, baby blue Elie Saab Couture number — is just the latest piece of style evidence.

With its short-sleeved, off-the-shoulder cut; belted waist; full, slightly sheer skirt; and all-over embellishments, this lovely, delicate, and ultra-feminine piece could easily be confused with Sleeping Beauty’s iconic blue dress. (And that gem-encrusted choker isn’t doing anything to shake the image.) Plus, if a train that dramatic doesn't say "princess," I'm not sure what does.

But this isn’t the first time on the film’s promo tour that Fanning has gone full-on princess (a style choice that is quite on the nose and well-timed given that word is spreading that the Fannings are distant cousins of Kate Middleton).

After wearing a stunning, pastel yellow Georges Hobeika gown to an event in London earlier this month — a dead ringer for Belle’s dramatic gown in Beauty and the Beast — the starlet showed up to the Late Show With David Letterman in a draped satin, shimmering pink Vivienne Westwood dress that could only compared to Aurora’s pretty pink gown in the old Disney film.

And as true as Fanning is staying to her innocent princess image on the red carpet, Jolie is playing her dark, infamous role just as flawlessly. After wearing this eerily elegant Atelier Versace gown to an event in London just weeks ago, she showed up to the World Premiere wearing an all-black ensemble from the same designer that — while undoubtedly lovely — looked edgy and ominous with its leather fabric and voluminous skirt.

After receiving this latest piece of evidence that both Fanning and Jolie are turning into their on-screen characters on the red carpet, I continue to stick to what I said weeks ago: This truly is a fashion duo to be reckoned with.