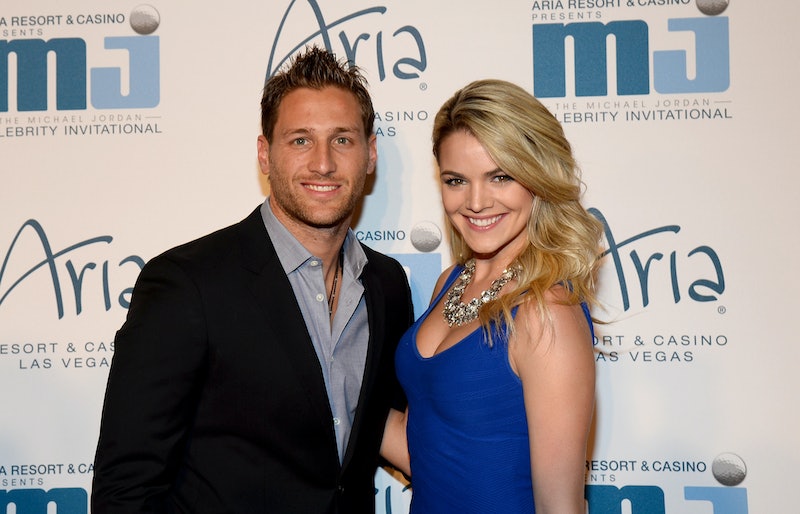 Juan Pablo Galavis and Nikki Ferrell could be on TV again. Together. O RLY? What are The Bachelor likebirds brewing up? Is a spinoff in the works? Will they be on Celebrity Big Brother? A Glee cameo? Those were solid guesses, Rohwedder, but the maybe-answer trumps 'em all: A source tells E! News that Galavis and Ferrell will be on Couples Therapy . The fifth season of my favorite VH1 reality show will premiere Sept. 10. And Galavis and Ferrell could be a part of it.

Oh my god. What would the Galavis/Dr. Jenn dynamic be like?! The group therapy sessions?!?! My imagination is running WILD.

My thoughts re: Ferrell? Hey, I like Ferrell. I've had a spot in my heart for her ever since she grumpy danced her way through that 2NE1 mall concert. I'm on board.

VH1 is staying tight-lipped about whether or not Galavis and Ferrell will be hanging out with Dr. Jenn and co., but VH1 has announced four of the Season 5 couples:

If Galavis and Ferrell are going to be on the show, why the heck wouldn't they be on the list? HMMM? According to E! News' source, Galavis's contract with ABC isn't up until Aug., so VH1 has to put a pin in announcing his and Ferrell's involvement. Ah. I see.

The longer I let this story digest, the more invested I become. I am really digging this story. I hope this story is true.

Hey, story? If you're listening?