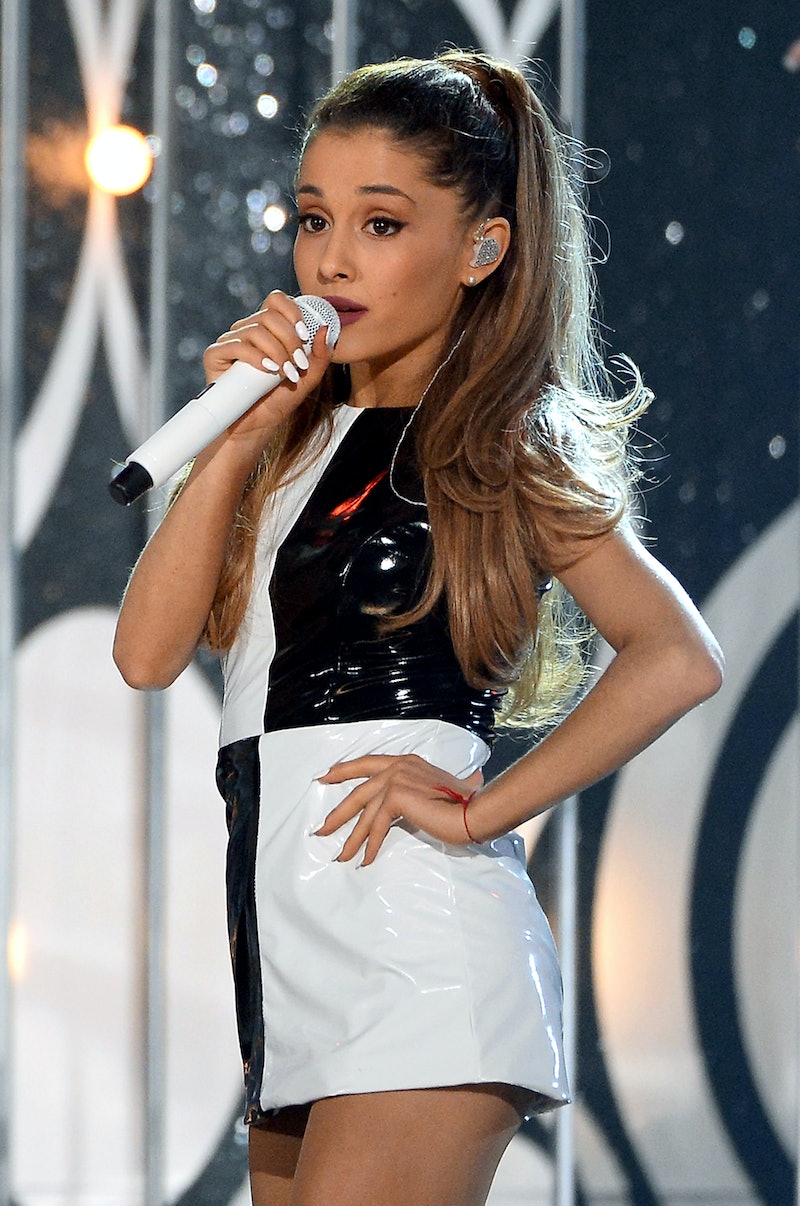 For me, Ariana Grande is completely fascinating. She has a sick voice, an adorable sense of style, and generally avoids the shenanigans other stars her age tend to get in to. But the most amazing part of the pint-sized singer's total package? Her flawless head of hair.

Ok, fine, so a decent portion of those fantastic locks might be fake. All celebrities wear extensions! It's allowed! Still, even the best weave generally gets a little tousled with the right amount of wind. Grande, however, has apparently found the formula for keeping her signature half-up 'do perfectly in place no matter what sticky situation she finds herself in.

Take, for example, the music video for her latest single, "Problem," which was released (after plenty of Instagram and Vevo teasers) Friday afternoon. In it Grande rides a motorcycle, dances around in go-go boots, and lies strategically splayed on a striped surface — all without a disturbing a single strand on her pretty little head. That, my friends, is some serious talent.

So, in honor of the new song that I can't get out of my head, here are 11 times Ariana Grande's hair looked flawless in unexpected situations.

1. When She Was Carried Off Stage After A Grueling Set In Heels

New life goal: Be rich and famous enough to hire strong blonde men to carry me around. Walking is for peasants.

2. When She Was Jumping Into The Air

So much excitement, barely any hair disruption.

3. When She Was A Zombie

The afterlife was good to Grande.

5. When She Did Her Best Taylor Swift Surprised Face

Only amateurs would let emotion get in the way of a perfect hair day.

6. When She Was Hugging This Dog

Good call going for a full pony to play with puppies, Grande.

7. When She Was Fetching Flowers

You KNOW there's a high ponytail hiding under that floppy hat.

8. When She Was Sipping Starbucks In Heels

9. When She Was At A Slumber Party

10. When She Was Hanging With Scooter

I would be annoyed too, Ari.

11. When She Was A Child Under Water In A Swimming Pool