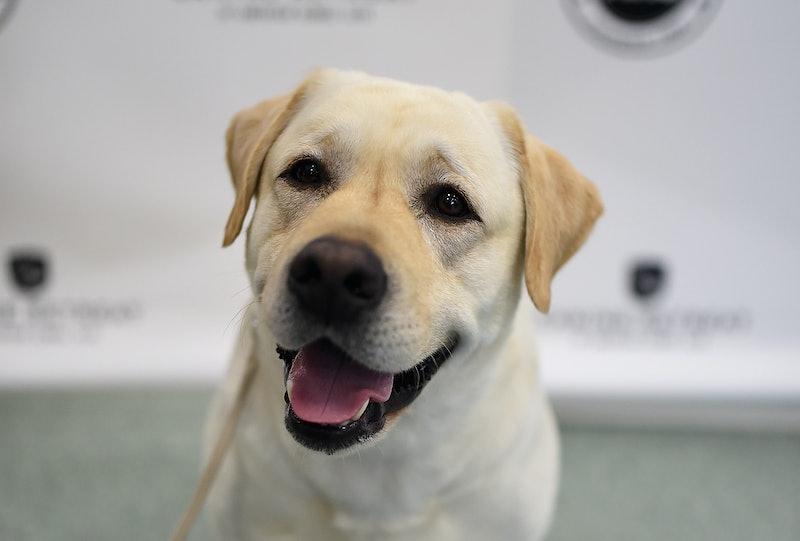 It seems like the list of topics covered by the ever-popular “Favorite Fill-in-the-Blank Around the World” grows by leaps and bounds every single day; today, of course, is no different. Since we already know what drunk foods a variety of countries prefer, what their favorite books are, and more, now it’s time to take a look at pet preferences. Happily, there’s an infographic for that (because isn’t there always?) — and although it’s undoubtedly snazzy, the most popular dog breeds by country are also pretty surprising.

Kloof, a social media app designed specifically for adoring pet owners to realize their dreams of creating the next Grumpy Cat — er, I mean to share their adorable, ridiculous, and hilarious animal pals with the world, worked a little data analysis magic to find out which dog breeds have been trending in nations across the globe so far for 2014. According to Mashable, the company first looked at engagement metrics for its users’ pet photos; then they organized them according to attributes like user location, breed, and life stage to come up with their final analysis.

I’ll be honest: I had no idea that the U.S. was so into French bulldogs. Is it because they’re so ugly they circle right back around to being cute? Also, clearly I should move to Sweden, Japan, or the Philippines, as I kind of adore schnauzers, akitas, and corgis. I’ve always wanted a miniature schnauzer; if I had one, I would name him Ernest. Schnauzers look like adorable little old men, and “Ernest” seems like the kind of name an adorable little old man would have. But I digress; other surprises include the fact that Siberian huskies are apparently super popular in Spain and that both Russians and Chileans love Yorkshire terriers. Somewhat hilariously, the French love their poodles.

In spite of all this love for dogs, though, it looks like cats still rule the Internet (further proof that cat people are smarter than dog people?): Cat photos get 2.3 times more shares than dog photos, and “#catselfie” is apparently the Internet pet trend of 2014. All those felines had better watch out, though, because hedgehogs are on the rise in popularity — and with good reason, too. I mean, just look at this GIF of a hedgehog floating around in the bath:

For the curious, here’s the whole infographic: More like this
This Viral TikTok Trend Is Exposing Everyday Scams
By Sophia Moore
American Girl Doll Memes Are Going Viral On Instagram & Tiktok
By Emma Carey
What Is A “Softboy?” The TikTok Term & Aesthetic, Explained
By Courtney Young
Why Are TikTokers Slapping Each Other With Tortillas?
By Courtney Young
Get Even More From Bustle — Sign Up For The Newsletter