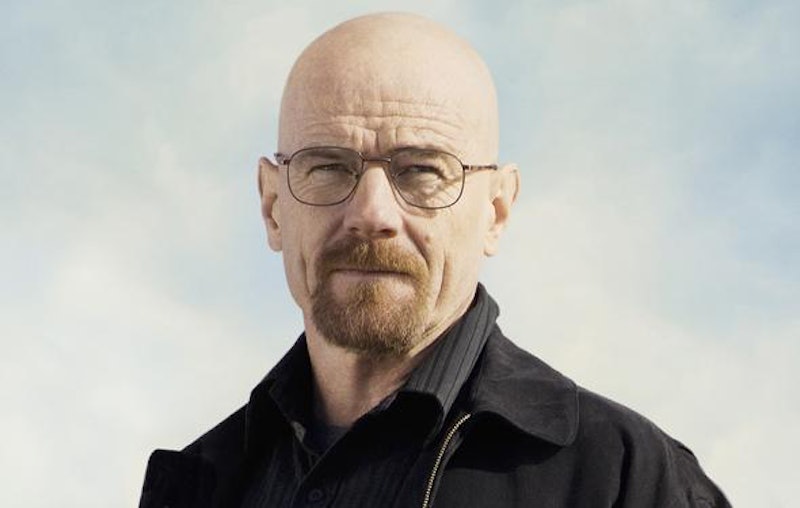 [If you are somehow just now coming around to watching Breaking Bad, you might want to cover your eyes because there are MASSIVE spoilers ahead. Also, you should watch TV more often.] Here Bryan Cranston goes playing with our feelings again. Talking to CNN about Breaking Bad and whether or not Walter White is really, actually dead, Cranston said "never say never" and that we "never saw a bag zip up." (A body bag, I assume?) Why must you do this to us, Bryan Cranston? We were just now coming to terms with how Walter White died and learning how to live again now that the series has ended, and then Cranston decided to throw in another teaser. He is just teasing us, right? Sigh.

Ok, so Breaking Bad is over and probably never coming back (even if Saul is via Better Call Saul), but we, like CNN's Ashleigh Banfield, aren't entirely convinced that Walter White is dead. Like, dead dead. As Banfield speculates, sure, he was lying on the ground in a pool of blood, but White's eyes were still open, and he didn't look like he was a total goner just yet: "What if the police just take him into custody, he gets better, breaks out and just goes nuts?" EXACTLY.

For those super fans — like Banfield, apparently — who refuse to believe that Breaking Bad is gone forever, I feel your pain. Because it doesn't have to be this way! Walter White isn't the kind of guy that just dies like a normal person. In fact, it's entirely possible that he could still be very much alive. Here are just a few theories that run down what could have happened:

The Ashleigh Banfield Continuum Theory states that it's possible Walter White could have been taken into police custody, promptly broken out, and proceeded to just go NUTS.

The Monty Python Theory of Relativity

We don't see any character explicitly declare Walter White dead, which means it's entirely possible that he's totally NOT DEAD YET.

Walter White's not going to let some wimpy gun shot wound finish him off. The dude cooked meth on the daily while he was fighting LUNG CANCER.

We didn't see Walter White staggering around for hours until he finally collapses from blood loss. He could have easily been saved and woken up in a hospital after emergency surgery. With a bag of blue meth next to his bed.

What if none of the things we saw in the finale actually happened? What if Walt being shot was all a dream, or some kind of fantasy Walt found himself while cops approached him in his car?

Walter White is a master of deception, and this could have totally been a fake-out. Yeah, ok, he's dead. That's just what he WANTS you to believe!