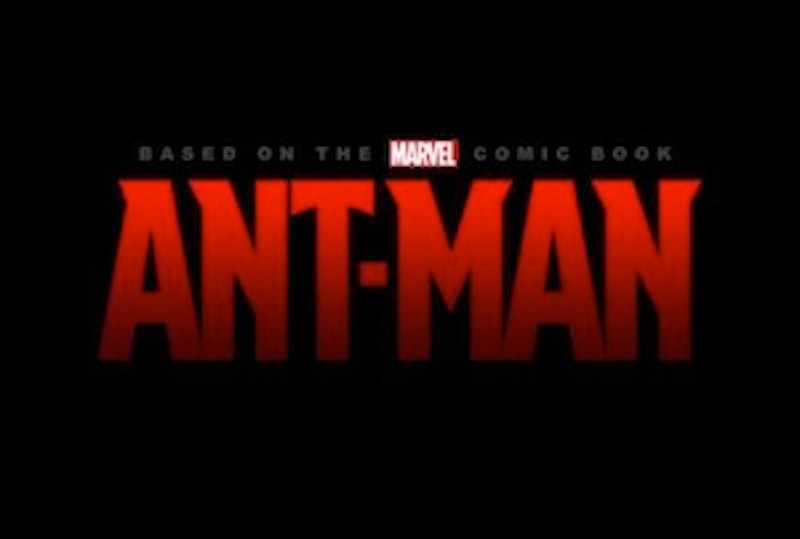 So, who's directing Ant-Man? Edgar Wright departed the project, as he recently announced, and now, just a few days later, it looks like producers are talking to some folks about helming the Marvel pic. Adam McKay and Ruben Fleischer are in talks to now direct Ant-Man, amongst others, and while talks are strictly that — just talks (look no further than the "talks" for the CBS Late Show slot that turned out to just be casual conversations) — we can't help but notice a trend. Because, considering these two directors became famous for their work in comedy, it's pretty safe to assume that Ant-Man will be a comedy-action movie. Hey, it doesn't hurt that Paul Rudd is already involved.

McKay's resume consists a large number of Will Ferrell movies, such as the ever-so-quotable Anchorman and its sequel (both starring Rudd, it should be noted), Talladega Nights, Step Brothers, and the upcoming Border Guards . Fleischer helmed Zombieland, and the others to whom the producers have been speaking — Rawson Thurber and Jonathan Levine — are responsible for Dodge Ball and Warm Bodies, respectively. So we're pretty much looking at men who fuse funny stuff with action — be it dodgeball, zombies, or anything involving Ron Burgundy.

But all of these choices make sense, considering that Wright was known for being a bit irreverent. And though Wright was a great choice — his Cornetto trilogy is loved by comic book fans — it seems like the producers might be going for a more mainstream comedy director to take on this script. So Ant-Man goes from comedy comic book irreverence to comedy mainstream?

But that's a good thing. Ant-Man should be darkly comic. It's about a guy who turns into someone who can shape-shift his size and communicate with insects. Comic book movies can be funny, guys!

Either way, it's something to still be excited for. All of these potential directors have released pretty quotable movies, and Paul Rudd is still the star. And, I mean... Paul Rudd. That's an instant win.