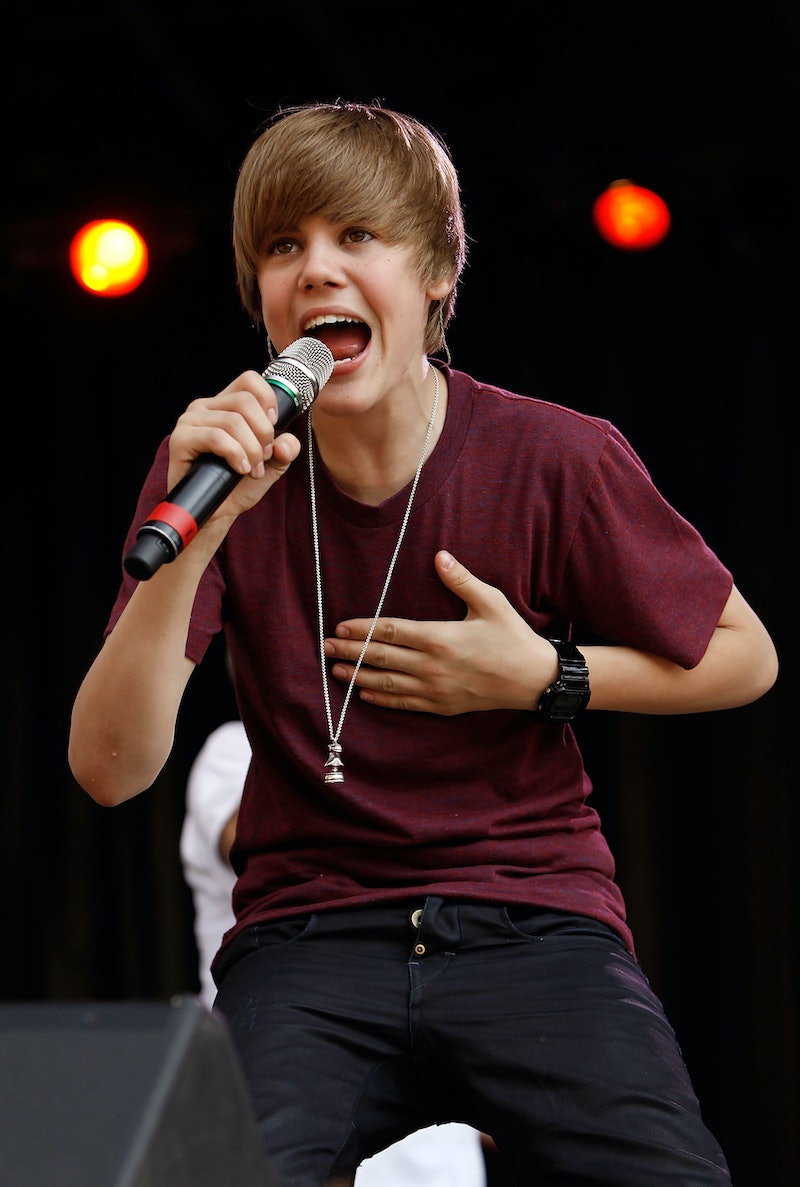 If you look at a screencap from the video recently obtained by TMZ, your first thought might be "Aw, Baby Bieber! With his swoopy hair from the Never Say Never era! Maybe he wasn't as much of a turdwad back then!" But then you press play on that video, and you realize he's always been King Turd. Because lo and behold, this is a video of Justin Bieber saying the n-word as part of a racist joke. He's been our lil' real-life Joffrey since the very beginning.

It should be noted that, yes, the Bieber in this video is only 15, and 15-year-olds are notorious for doing stupid things. But when that stupidity involves telling numerous racist jokes — we come in on him telling one about black people that ends with "father's day" as the punchline, to which an offscreen friend replies "That's just mean." — one of which includes a punchline that is just a string of "ni****s," well, that's not excused away by age.

I'm not gonna go into a long lecture on why it is this particular word is a no-no, because I respect you enough to assume you already get that. I'm also not going to delve fully into the sheer lunacy of a fifteen year old white boy from Canada — who, it should be noted, was raised by a single mom, makin' that "father's day" joke up there extra interesting — throwing around "ni***r" like he invented it. You can watch the video below to see the full joke for yourself:

Some other things to note about this video: It was filmed, reportedly, during the filming of his movie Never Say Never , which means that Bieber was very much aware that he was being filmed and that this might go out to millions of people. His entourage has been trying to keep this thing from leaking for four years, but alas, there are no floodgates around the Biebs' putrid personality anymore.

You can also hear an adult woman reacting with glee to his jokes, so obviously this boy's had good influences in his life from the get-go. I take solace that at least one other person in the room was like "Oh dude, no, stop" — but it is a small piece of solace, like when you get caught in a rainstorm and get soaked down to your underwear but at least your phone didn't die.

Oh, and according to TMZ, "people connected with Bieber say one African American was present at the time he told the joke," which just makes it so much better.

It's like this popped up at the perfect time to put One Direction back in perspective as "really not that bad."