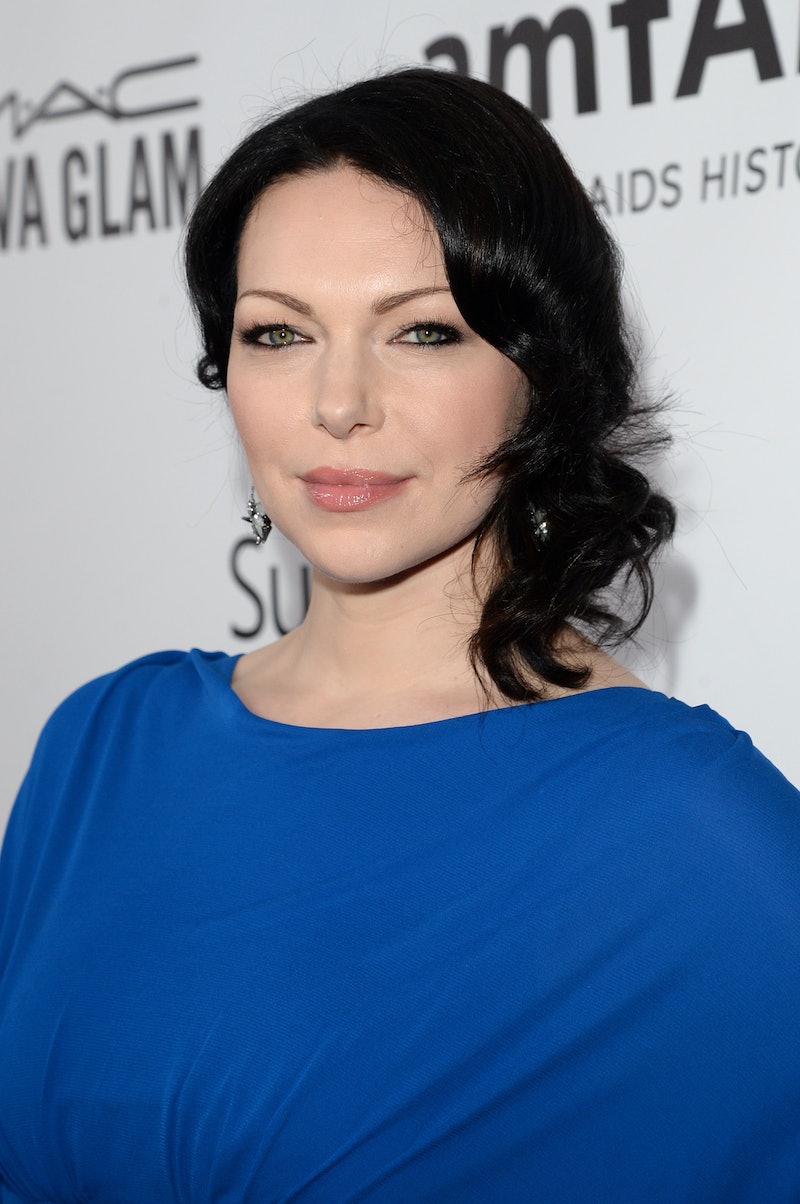 Add her to the list, folks. Orange is the New Black 's Laura Prepon is most definitely affiliated with the much talked about (and much dissed) religion. Although Scientology has gotten some serious flack from the media, from critics, and from ex-celebrity members — most recently and most notably, Leah Remini — the ex-That '70s Show actress has stuck to her guns when it comes to Scientology.

But we totally get the confusion of the is-she-or-isn't-she-a-Scientologist question because ever since 2013 when it was rumored that she wouldn't be returning for Season 2 of Netflix's hit show, articles focusing on her religious beliefs started to float around the sticky webs of the Internet. Why, you might ask? Because Scientology has a rocky reputation with homosexuality, and, well, Prepon plays a lesbian on the TV show. All of the sudden people were like, "OMG, did Prepon leave the show because she doesn't support homosexuality?" Well, everyone can calm down because she's definitely in Season 2, and she definitely supports the LGBT community. In an interview with Entertainment Weekly, Prepon responded to the OITNB -Scientology theories:

I’m a huge supporter of the LGBT community. I try to put a good spin on it, which is, ‘Okay, cool. People are huge fans of the show and my character and they’re trying to come up with excuses about where I’m going.’ It’s ridiculous and I try to laugh at it.

And while we're talking about Prepon rumors, another one we can officially put to bed is that she is dating the face of Scientology: Tom Cruise. Guys, she is not dating Tommy Boy. (Phew.)

So now that we've figured out what's up with Prepon, we can focus on the handful of surprising names that are connected to Scientology:

In an interview with Vulture, Beck said that Scientology is just something [he's] been around," but that he's "not off doing some weirdo stuff."

Tambor is no longer on Team Scientology, but he definitely studied the religion for a little while.

According to The Huffington Post, the Parenthood actress has been a life-long member of Scientology, and has called it a "huge part" of her life.

Ribisi is totally related to fellow Scientologist Beck since Marissa Ribisi, his sister, is married to the singer.

Lee's ex-wife blames their failed marriage on his relationship with the religion.

Moss previously said that the religion is "grossly misunderstood by the media."

Although the funnyman is no longer connected to the religion, in 2007 he admitted that he once "did some Scientology courses," whatever that means.