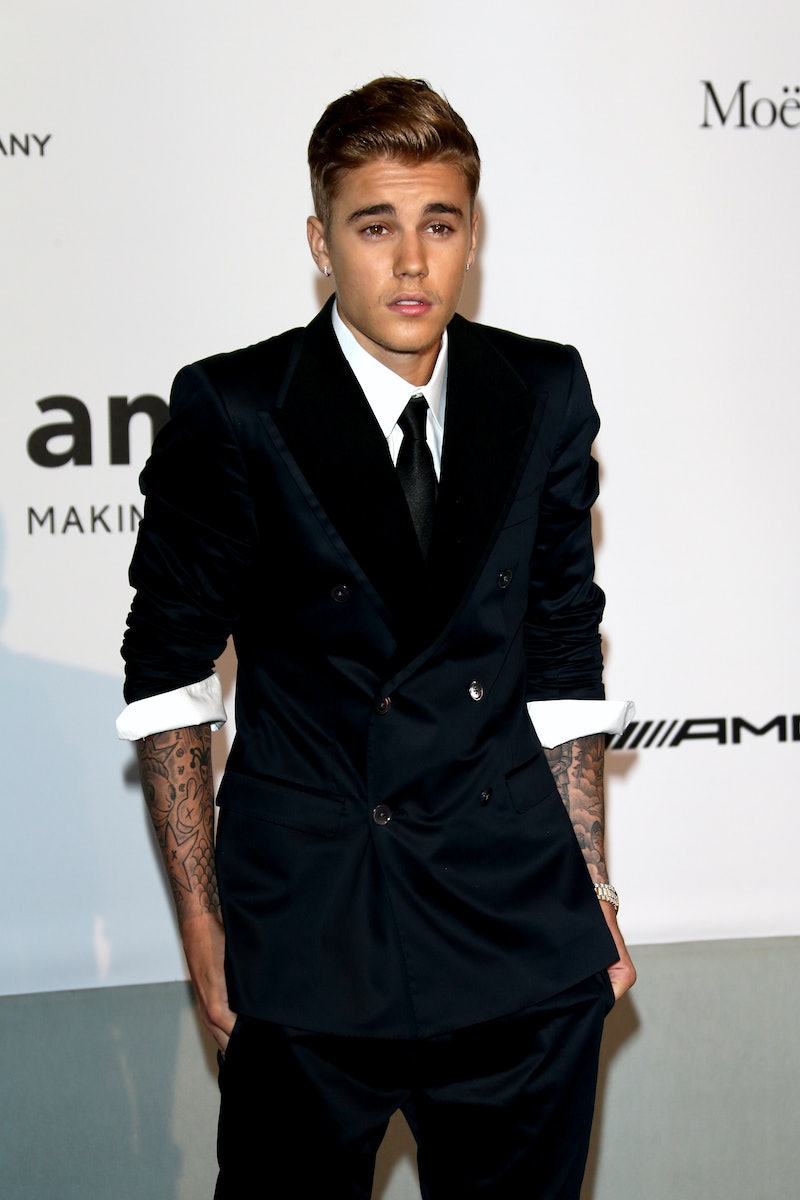 On Wednesday morning, The Sun reported that they had access to a second video of Justin Bieber saying the n-word and making racist jokes and now that footage has been released. As was previously reported, the video shows Bieber singing his song "One Less Lonely Girl" with the words changed to "One Less Lonely Nigger." The video was also said to feature Bieber saying something about killing a "nigger" and joining the KKK. Now it appears that those parts were actually also part of the song's new lyrics, as if that makes it better. (It doesn't.)

In addition to posting the video, TMZ has new information that gives some insight as to why Bieber would do this and whether or not he's really changed his ways since the videos were recorded. TMZ claims they were told Bieber had seen a parody video of his song online in which a man changed the words to be extremely racist and Bieber decided to cover the parody in his own video. Bieber is reported to be 14 years old in the video which is odd seeing as "One Less Lonely Girl" was released in October 2009 when Bieber was 15.

Regardless of how old he was, it's now obvious that on more than one occasion Bieber not only thought it was appropriate to tell racist jokes (which in the case of the second video isn't really a joke), but to record himself telling them.

Bieber also allegedly told both his former mentors Usher and Will Smith (who used to counsel him weekly) about the videos years ago because he "knew almost immediately it was a stupid thing to do." At this point Usher "took him into a room and showed him historically racist videos to drive home how hurtful these words can be." If this is true, it's in line with the apology Bieber issued after the first racist video came out in which he said,

Thanks to friends and family I learned from my mistakes and grew up and apologized for those wrongs. Now that these mistakes from the past have become public I need to apologize again to all those I have offended.

Furthermore, TMZ claims Bieber's team told them that after multiple extortion attempts, "Justin says he will not be shaken down anymore. He says he wants people to see the video and he wants to accept responsibility."

It's doubtful that Bieber ever really wanted people to see the video regardless of whether or not he wants to clear his conscious, but now they're out there for the world to see. Likely (and strangely) things will probably continue for Bieber as they always have: His fans will still love him and everyone else will think of him with the same combination of confusion, annoyance, and anger that we've all grown so accustomed to.