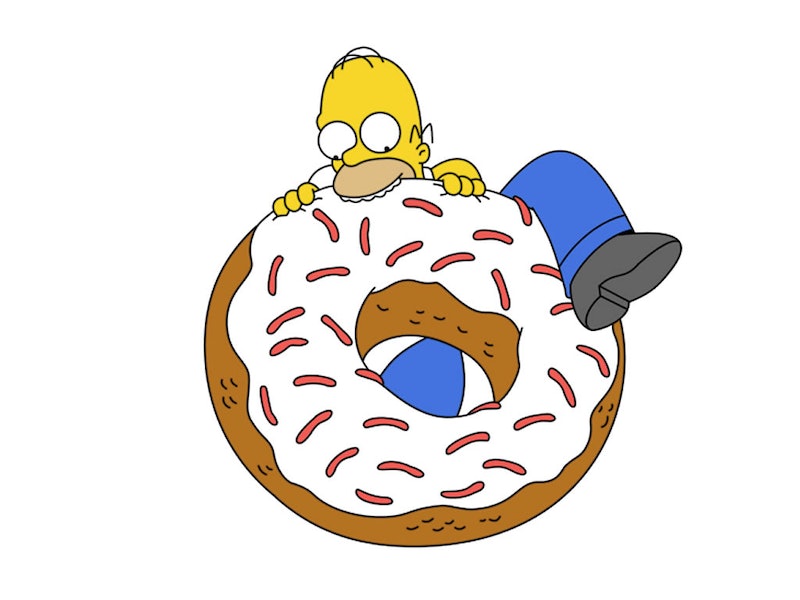 Guys, guys, GUYS SERIOUSLY PAY ATTENTION! It’s National Donut Day! Could there be any sweeter words in the English language (National Cheese Day, perhaps, but let's not get picky). For the past 76 years, on the first friday of every June, patrons across America are treated to free rings of doughy, sugary heaven. The tradition was started by the Salvation Army to honor World War I volunteers. Ever since then, we’ve been celebrating freedom and FREE donuts.

The vital information here folks is where you can get your favorite indulgence for free today: At Dunkin Donuts, you can get a free donut with any beverage purchase, Krispy Kreme are givin’ 'em away with no purchase necessary; in true Canadian fashion, you get a free one at Tim Horton’s if you say, “Happy National Donut Day!” to the cashier; and in true southern manners, Shipley Do-Nuts are giving away free donuts AND coffee with no purchase necessary; and rounding it out with Midwestern charm is LaMar’s who are also offering free donuts with no strings (just icing) attached.

To commemorate this momentous and delicious day, let’s take a look at our favorite donut-lovers in pop culture. They don't care if it's spelled "donut" or "doughnut," they just care that there are donuts, just like you and me. Confectionary champions of the world, unite!

The Grandmaster of Donut Appreciation. For there was ne'er a character in all the land with such fondness for donuts.

Sure, every trip to Stan Mikita's donuts came with an unwarranted lecture on love and passion, but hey the coffee and crullers were so good they'd make you say SCHA-WING.

When it comes to television's quippiest mother-and-daughter pair, their unbiased love of junk food knew no bounds. Donuts welcome.

Technically she had a love affair with chocolate eclairs. Which is just a log-shaped creme donut. There was also that thing with the Krispy Kremes, but we’d rather keep that one in the past...

Because you need a dessert for your night cheese.

Few things make this man giddy. Sex and donuts are two of them.

He loves them for sure, he just can't DECIDE on the last one. A Mr. Show CLASSIC.

They work just as well as garlic!

I think wearing that suit is enough to burn off any and all donuts.

There is NO SUCH THING as a donut of shame!

More like this
Dunkin’s Valentine’s Day Lineup Includes A Drink That Tastes Like Dessert
By Alexis Morillo
15 Black-Owned Liquor & Wine Brands To Add To Your Bar Cart
By Alexis Morillo
12 Aphrodisiac Desserts To Spice Up Your Valentine’s Day
By Kaitlyn Wylde
21 Galentine’s Day Memes To Celebrate Your Best Friends
By Meghan Bassett and Mia Mercado
Get Even More From Bustle — Sign Up For The Newsletter
From hair trends to relationship advice, our daily newsletter has everything you need to sound like a person who’s on TikTok, even if you aren’t.