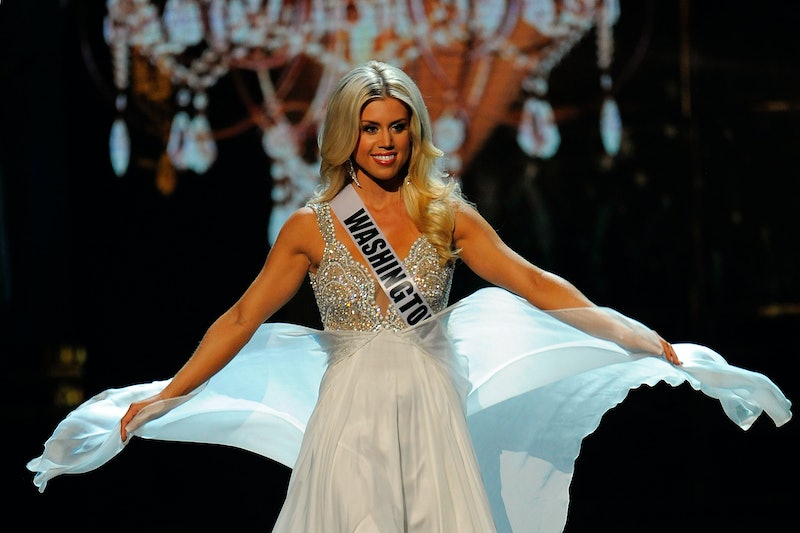 It's that time of year again; Miss USA 2014. 51 contestants will compete for the title Sunday at 8 p.m. ET. Much has been said about the problems with beauty pageants, but leaving the swimsuit competition aside, let's focus on the "Miss" in Miss USA. In its FAQ, the Miss USA website states:

No, contestants may not be married or pregnant. They must not have ever been married, not had a marriage annulled nor given birth to, or parented, a child. The titleholders are also required to remain single throughout their reign.

Don't these rules seem a little outdated? Yes, this is the "Miss" USA pageant, but that should have more to do with age than anything else. The pageant has been held since 1952, a far different time in terms of how women were perceived. Rules like this are a reminder of the way women have historically been reduced to their marital status.

In 2012, the Miss Universe Organization stripped Carlina Duran of her crown after it was revealed that she was married. Despite the fact that she was seeking an annulment and didn't consider herself "materially nor spiritually married," she lost her Miss Universe title.

Little girls dream of becoming beauty queens, and those dreams shouldn't run in opposition to their desire to get married or have children. The rule does not take into consideration a variety of female experiences. One of this year's contestants, Miss Pennsylvania Valerie Gatto, recently admitted to being the product of rape. Her mother, who was raped at 19, would not have been allowed to compete.

These marriage rules are too exclusive, and the definition of "Miss" should be reexamined. Beauty pageants are no stranger to reform; in 2012, the Miss Universe Organization announced that transgender women would be allowed to compete. Maybe it's time for some more reform.