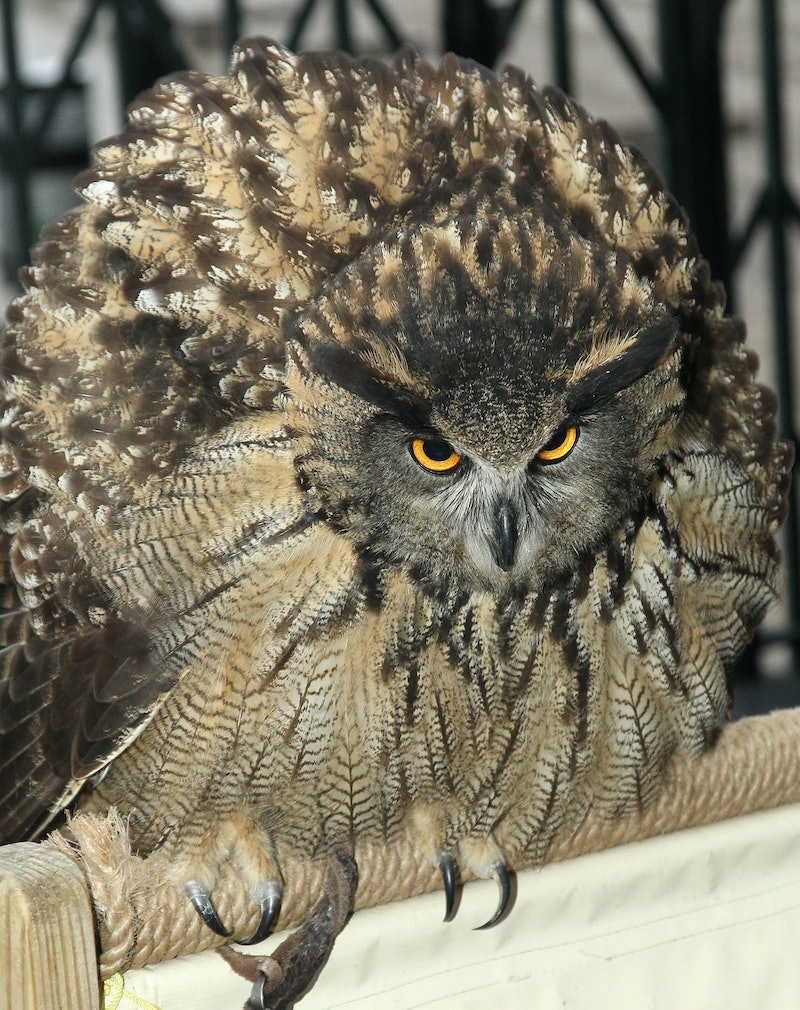 Despise the sound of birds chirping in the morning? Congratulations, you night owl: you're way more likely to be evil!

('Evil,' by the way, is the word science uses, not us. We think you're perfectly nice, but might be keeping our distance before noon.)

A new study, courtesy of psych journal Personality and Individual Differences, has found that self-described "night owls" tend to score higher on the Dark Triad spectrum. Isn't the Dark Triad an alliance in Harry Potter, you ask? Nope: this, too, is a phrase that science uses.

Researchers asked nearly 300 college students to fill out questionnaires ranking themselves in terms of the Dark Triad and their sleep habits. The Dark Triad traits are:

Narcissism. Remember Narcissus, the mythological Greek figure who loved his own reflection so much he killed himself because he could never reach it? It's a bit like that. Narcissists are basically entitled egotists, and believe they're the greatest thing on God's green earth. (It's been tied with hiding broken self-worth, but now's not the time to psychoanalyze.)

Machiavellian. Machiavelli was an Italian writer who coined the description of the deeply manipulative, cunning types who later became known as Disney villains. To be Machiavellian, you'll have to love winding people up and exploiting them without regard to morality.

Psychopathy. Dexter. Just Dexter. It's basically thrill-seeking without giving any heed to other people's feelings, and can be a fully-blown, inherent psychological disorder in itself.

When the study's Sydney-and-England-based researchers found that the "owls" scored higher on the Dark Triad personality traits, they hypothesized that it was because, evolutionarily, it's easier to commit crimes when everyone else is asleep. Owls' cognitive powers are at their best at night, so those of us who prowl after dark looking to commit evil are better suited to those sleep patterns.

People tend to fall into two sleep categories: larks and owls. Your internal clock is largely genetic (read: not your fault you can't face the wee hours) and each sub-group faces particular kinds of problems. From Elizabeth Kolbert's New Yorker piece, "Up All Night:"

During the week, everyone is expected to get to the office more or less at the same time—let’s say 9 a.m. This suits larks just fine. Owls know they ought to go to bed at a reasonable time, but they can’t—they’re owls. So they end up having to get up one, two, or, in extreme cases, three hours earlier than their internal clock would dictate...

For larks, the problem is reversed. Social life is arranged so that it’s hard to have one unless you stay out late on Friday and Saturday nights. But, even when larks have partied till 3 a.m., they can’t sleep in the following day—they’re larks. So they stagger through until Monday, when they can finally get some rest.

The study has been met with criticism for only using college students, since there's evidence that those in their adolescence and early twenties generally have 'owl' sleeping patterns, even if they're 'larks' for the remainder of their lives.