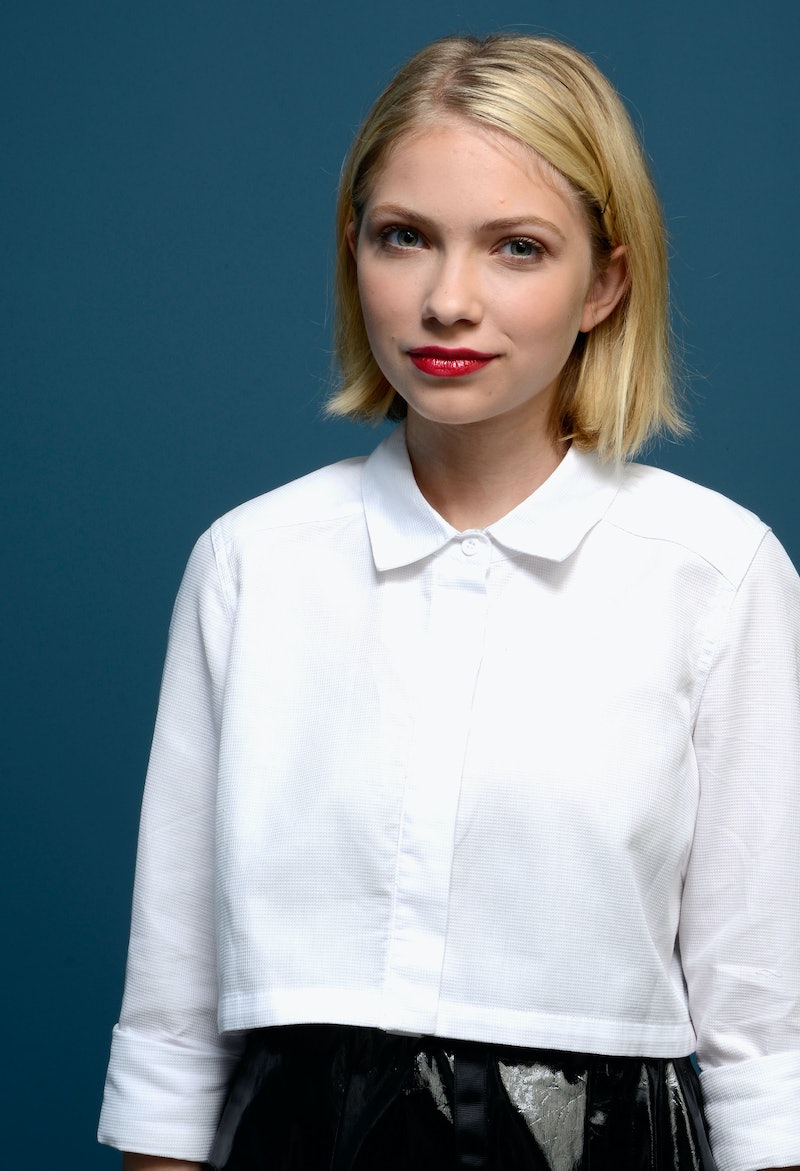 For every person with accolades for Tavi Gevinson, there are at least 33 Internet commenters out there who are sick of her. (Mostly because the Internet has the capacity to be The Worst.) "Who cares that she got a pair of Audrey Hepburn's gloves?" "Woopdeedoo, now she's doing a play?" "Her character on Parenthood is gay?" "She's friends with another teen queen, Lorde? So what?!" But goddamnit, it cannot be overstated how refreshingly delightful girls like Tavi Gevinson are — and how incredibly necessary.

Tavi is a pioneer in flux, growing up and showing us all how it's done. The ways she wades through the muck of our times, and refuses to be boxed in by any of it: defying expectations of what it means to be a growing, changing, evolving young woman. It's a refreshingly frank and progressive thing to see. And that makes her not only an asset to women young and old alike, it makes her oh-so totally now.

Perhaps Tavi's most inspiring aspect is her fearlessness. Simply by accepting and living in the state of unknown that bridges the teenage years and true adulthood, particularly with so much fluidity and understanding of our personhood in flux — she's making waves. It's hardly revolutionary or new to simply "be" — particularly with as a largely privileged white woman — but it is when you're a young woman asserting yourself and your beliefs over what is expected or wanted of you. In a world that's so obsessed with who/what/where/when/why/how we are and should be, and the boxes in which so many try to fit us all, her contentment with experiencing life and embracing how it shapes and changes her, is inspiring and aspirational.

We've long-held societal beliefs that cannot be denied: there are certain milestone markers we've all long-accepted as "the way to be" in life. But Tavi, even if she experiences or meets them, refuses to define herself by them. In that way she is allows herself to be incredibly versatile and open to new experiences, regardless of what the outcome of said experiences might be. And she's not afraid to be thoughtful and aware.

In her interview with T Magazine, the write up is punctuated by Tavi's frequent aspirational/inspirational list-making and diary-writing. Something that is often seen in our society as incredibly self-indulgent and pointless. But what our society has slowly but surely reduced importance (to the larger suffering of the populace, in this author's humble opinion), Tavi understands works for her — and she's not afraid or ashamed of it.

By living her life largely online, Tavi has no choice but to face who she was, who she is, and who she may become every single day. Her words, images, and the reactionary public, are all there to take it in and toss it back at her. And still she not only carries on, but she embraces it — we've all got warts or periods we're less than proud of; words we've said or written, things we've thought or done that we've later come to change our minds on.

Instead of running from it, Tavi runs headfirst into it, making everything a learning experience or a marker on the road. A signpost or an inconsequential happenstance that may or may not reflect who you are and who you'll become — the chaotic but thrilling mess of existing in this human body's experience.

All of this makes Tavi so now, so in it, so representative of it. She gets the accolades because she deserves them. Because young girls (and, frankly, everyone) should be exposed to that sort of intelligence. To see not only just how truly limitless we all are — particularly when we shed the skin of societal expectations — but also how capable we can be when in control of and aware of the amoebic, fluid nature of life in this moment of history.

The rate of societal evolution and the understanding of what it means to be human is changing at such a rate these days that it's hard not to be dizzied and amazed by it all. Our time now feels nearly like a repeat of an energetic synthesis of the 60s: a time of brazen, unexpected change just as we were getting used to the idea of it. Tavi, throughout all of this, has always remained thoughtful and tuned into her own wants, desires, and core beliefs — those things being the cornerstone of her work and honesty on display in Style Rookie, Rookie Mag, and even her work in the film Enough Said. Honesty and existence in the moment, fearlessly. Embracing the world and its imperfections with an almost poetic ferocity.

It's inspiring and, in some ways, overwhelming for some folks to see. For a young person to eclipse the Old Guard's understanding and relationship with the now with such ease? It makes those who don't "get it" like she so far has, nervous. The powers-that-be have been barely able to wrap their head around stuff that, to the younger among us is, essentially, old news. This is threatening to folks who feel their power and influence slowly slipping away. Once they have it, they want it. Forever.

But Tavi is radical in that she's not looking for power, she's just looking to be, and hoping that everyone else in the world will find what that "being" means to them — and be equally as accepted, no questions asked. She's a force to be reckoned with and one that we really need right now. So don't stop cheering Tavi and girls like her on. We need them now more than ever. To aspire to a greater understanding, and to not be afraid to admire (even if something is imperfect, like one of Tavi's inspirations, Kanye West) is just so damn necessary now.