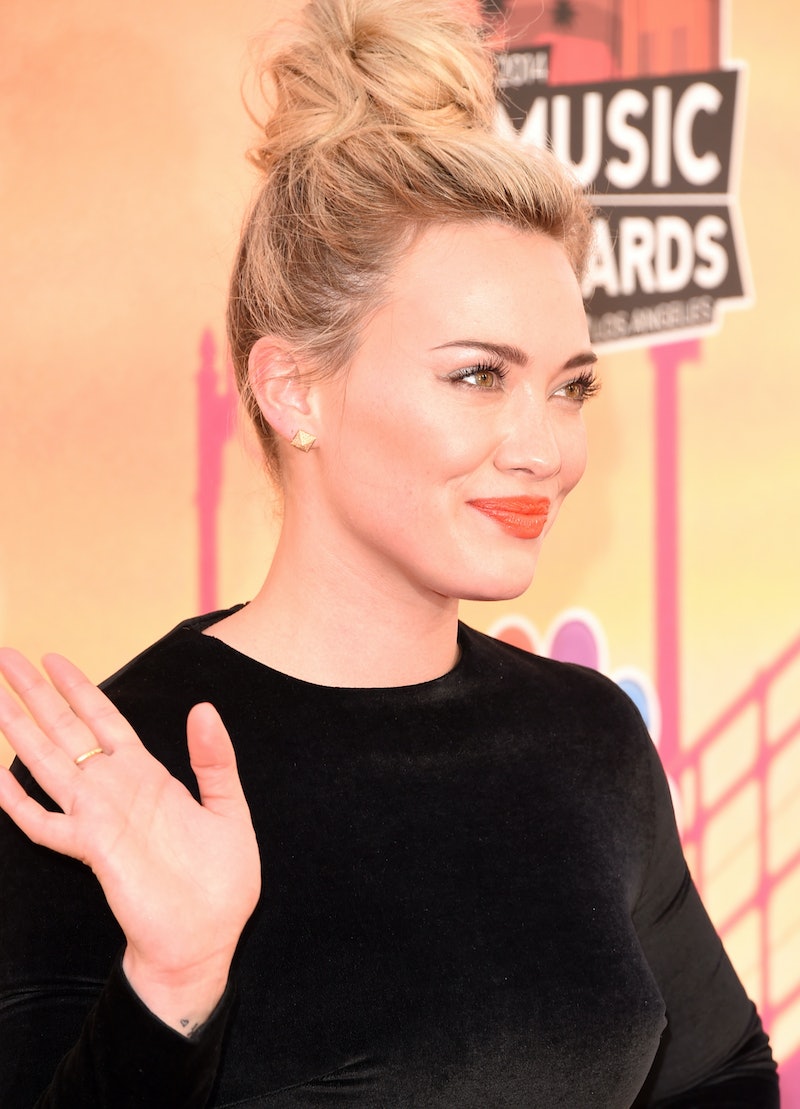 Take me to TV Land! Anyone remember when TV Land was just Land of Addams Family reruns? Well, it's not anymore, especially not with the new Hilary Duff and Sutton Foster show Younger which proves that TV Land is doing exactly that — getting younger. Also, let's all stop everything and welcome Hilary Duff back to television. We've missed you, Lizzie McGuire!

The show chronicles a 40-year-old single mother (Sutton Foster — who, by the way, is 39), who decides to get back into the work force, as one often must do when faced with single motherhood. Instead of going back to school, she picks a far more difficult option that would only be dreamed up in, well, the magical land of television. With the help her lady pal (Debi Mazar), she disguises herself as a 26-year-old, highlights and all! Weirdly enough, 26-year-olds in this TV universe have no problem getting a job, even if they do have trouble setting up a Twitter account, as Foster's character does.

The trailer looks cute, and even a little funny, even if it's very implausible and you find yourself wanting to tell Foster's character that there are perks to being a grown-up (a lesson I predict she'll undoubtedly learn in a heavy-handed season finale). But who cares? We've got the return of Hilary Duff, and perhaps even more excitingly, we've got Sutton Foster, Broadway's big-voiced dynamo who belongs on television with her star quality.

Check out the preview for yourself!