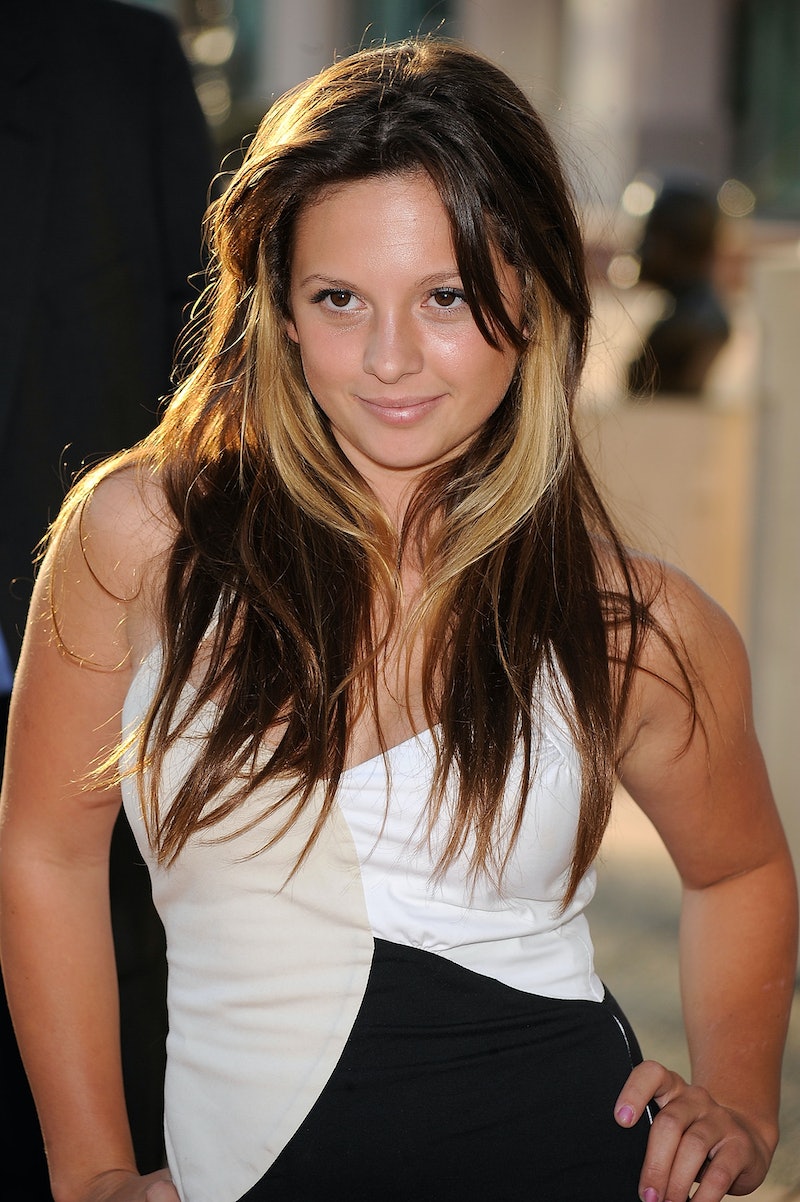 So, here's something you might find interesting. Remember Ruthie Camden from 7th Heaven? The adorable little girl with the curly-cue hair and the gorgeous olive skin? (Leave it to us to be jealous of an 8-year-old's complexion.) Yeah, well, she's 23 now and is posing for sexy magazine spreads. Mackenzie Rosman's Maxim photo shoot is featured in the magazine's September issue, and a preview of the pics are online.

There are a few things we should discuss. One, she looks fantastic. She's in great shape and her hair is just as shiny as it was back on the W.B. Two, really, with the flannel and the sneakers, Maxim? We get that the stylist was probably looking to clue viewers into Mackenzie's '90s background, but it read a little heavy handed. Why not make her hold a basketball and a bible, why don't you.

Third of all, is this the big break that Mackenzie's been hoping for? Since 7th Heaven, she's been on a couple of episodes of The Secret Life of the American Teenager and is going to star in Syfy's Ghost Shark coming out August 22 (this movie is not to be confused with Sharknado, which premiered earlier this month), but other than that, alls been pretty quiet on her career front.

If Mackenzie's looking for attention, posing in her underwear's certainly going to do the trick. We're not saying it's right or wrong, but it's certainly the truth. It's a tried and true method that actresses use to show the world they're not kids anymore, and while we'd rather they, we don't know, where an "I Voted" sticker to show their age appropriateness, we won't deny the effectiveness of a sexy photo shoot.

Mackenzie's 7th Heaven co-star Jessica Biel posed topless for Gear magazine when she was 17, and has since said she regrets it. At 23, we have a feeling Mackenzie's a little more in tune to the repercussions, both positive and negative, and we're optimistic that she'll totally own it.

One question remains, though: What would Rev. Eric say??