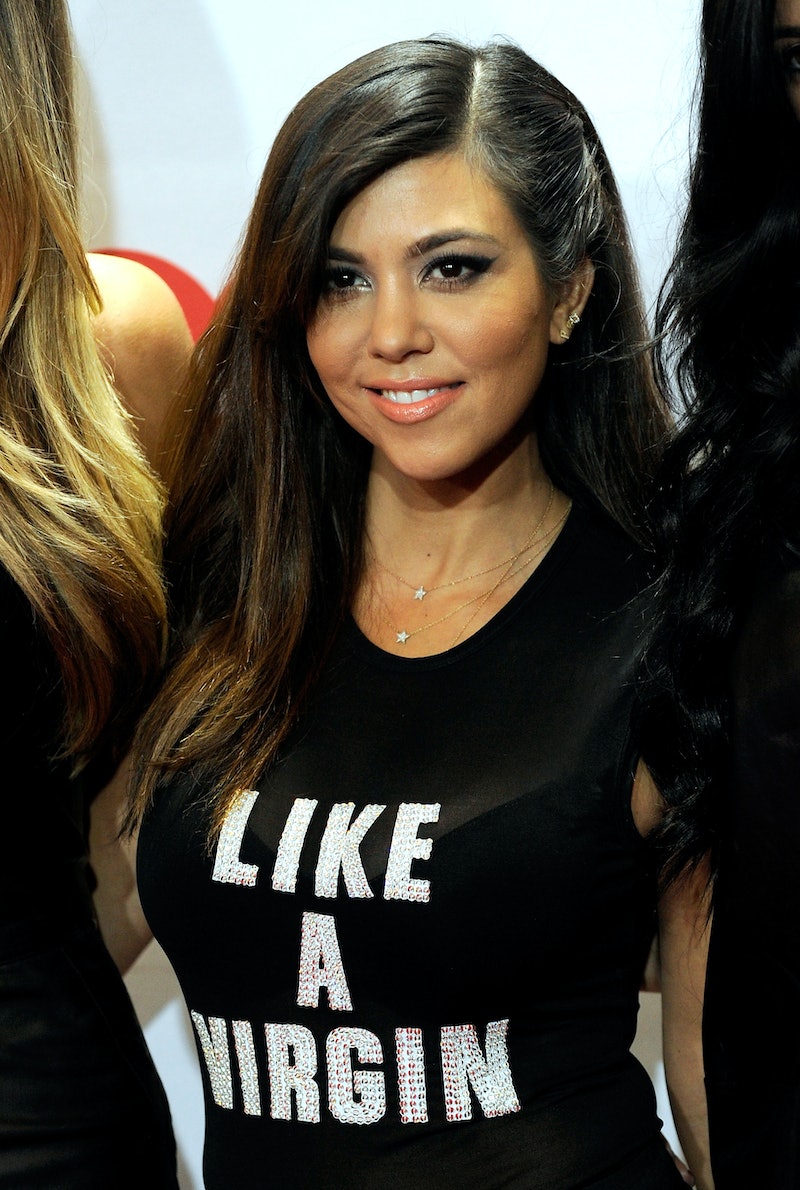 Update: Kourtney Kardashian seemed to confirm that her baby is due around Christmas time in an interview with Fit Pregnancy. When asked if she was worried about her OB-GYN being away during the holidays, she responded, "No. I'm going to keep him handcuffed to me! With Mason, I was due on December 24 and my mom said, 'No, not on the night of my Christmas Eve party!' But he was born 10 days early, so we'll see what happens this time."

When Kourtney Kardashian revealed she was pregnant in the preview for the latest batch of Keeping Up with the Kardashians episodes, it didn't come as much of a surprise since the pregnancy had already been reported by every website and tabloid the world over. But even with the widespread attention anything Kardashian related gets, you still might be on the search for some more information. In particular, you might be wondering when Kourtney Kardashian's new baby is due. Well lucky you, you've come to the right place! Kourtney Kardashian pregnancy headquarters! Just kidding, we're just pretty confident we know when the baby is going to arrive.

According to a source who spoke with Us Weekly, Kourtney is due in December. This date makes sense seeing as it is six months from now and people generally reveal their pregnancies at around three months. Then again, Kourtney's pregnancy had to be revealed now because of the show coming back on, so unless she plans her pregnancies around Keeping Up with the Kardashians' filming schedule, that's purely a coincidence.

Another factor that explains why the December date makes sense is because the events that will take place in the second half of Season 9 were filmed in March, April, and May. I'm thinking this show probably has no problem with splicing things together that didn't really happen at the same time, but if we're to believe time on the show happens as it does in the real world, everything adds up. For example, we know that the Kardashians were in Thailand in early April and if that really happened after Kourtney revealed she was pregnant, as it does in the preview, from March to December is nine months. The preview also shows plenty of footage of Kim planning her wedding which we all know took place in May.

Furthermore, Kourtney has been photographed recently and doesn't look visibly pregnant, so she can't be that far along. It's simple detective work, people!

Of course, there's a chance this could all be wrong. A source told Us Weekly that Kourtney and Scott Disick planned to have another child, while in the preview Kourtney says, "This was not a plan." Someone's lying here! Still, don't be surprised if Mason and Penelope get a little sister or brother in December. The clues are all there.