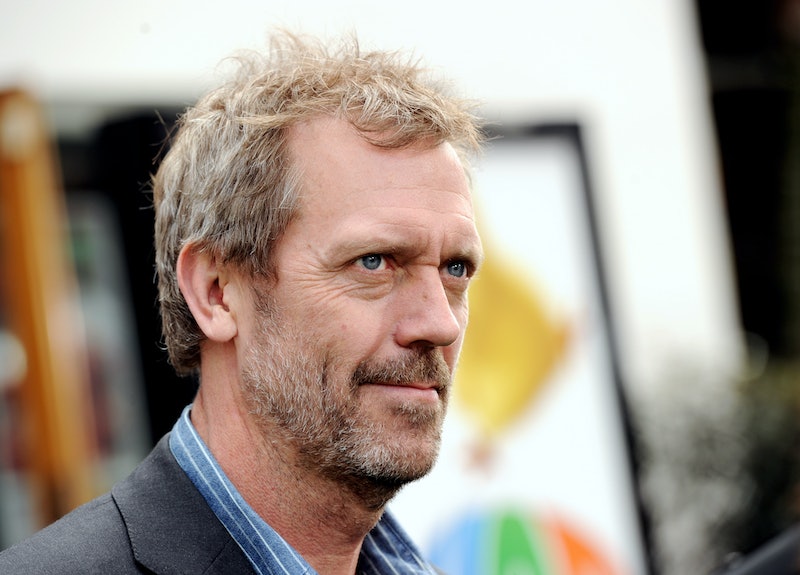 Most Americans likely know Hugh Laurie best as the surly, Vicodin-popping Dr. Gregory House on his eponymous detective-style medical drama (now, at long last, available on Netflix). Those stoked on British comedy, however, might associate him more readily with the infamous sketch show A Bit of Fry and Laurie (also on Netflix, and definitely required viewing for all part-time Python fans out there). Meanwhile, for those currently sitting within a one-foot radius of my computer who also happen to possess two thumbs, Laurie has recently earned the title of "by far my favorite person on Twitter." (Also, there's the matter of his cameo in Spice World . But mostly the Twitter thing.)

Indeed, the actor-cum-comedian-cum-currently touring blues musician (because apparently he's on a quest to make my heart explode) has proved that his wit translates perfectly into 140 characters, garnering him over 500,000 followers — and even, occasionally, provoking international ire, as when his Tweets mocking Putin were interpreted as a call for a boycott on Russian vodka. Mostly, though, his missives are just plain delightful, chock full of wordplay and wonder and phrases like "let slip the dogs of tune," because, yes.

So, in honor of Mr. Laurie's 55th birthday (which we hope, of course, is at its very happiest), we've compiled a list of some — just some — of his recent prime tweetery. See below, and understand why it's of utmost importance that you follow him immediately:

On the semantics of distaste

And, once more unto the breach

In which he asks the tough questions

Reflecting on the challenges of our global age

In which he reminds us that he rides a motorcycle

On politics and peacetime solutions

On sanity, or lack thereof

In which he experiences a moment of self-doubt...

... But then quickly proves himself all over again

Happy birthday, Hugh. You're the best.