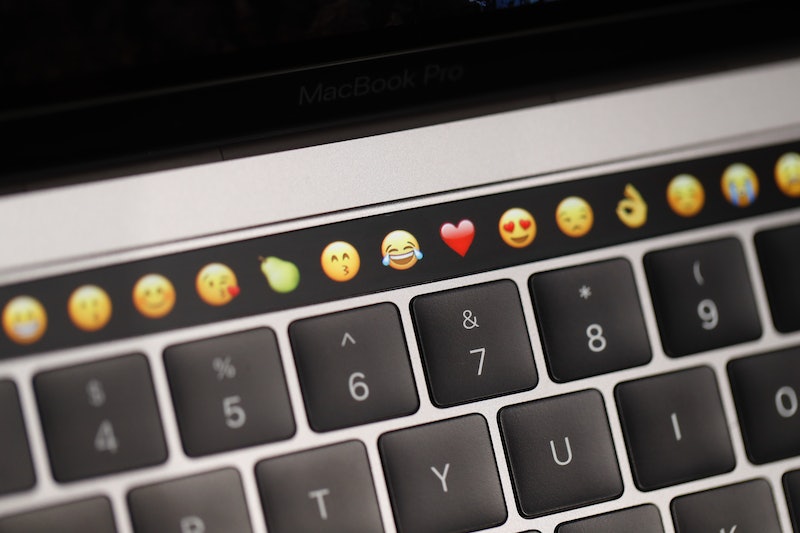 The Internet is full of “What does your [fill in the blank] say about you?” types of quizzes, websites, features, and so on. And this?... is another one of them. It’s also absolutely hilarious, though, because unlike many of the other “personality reveal”-type pieces out there, this one doesn’t just tell you about your weird quirks or preferences with regards to, I don't know, artisanal cheese or whatever. Ladies and gentlemen, meet Emojinalysis — the first Tumblr dedicated to using your emoji habits to tell you exactly what’s wrong with your life.

Created by Brooklyn-based copywriter Dan Brill, Emojinalysis invites everyone and anyone to email him their name, age, and a screenshot of their most recently used emojis to emojinalysis@gmail.com. He then employs some fancy-schmancy psychoanalysis (or, y’know, making shit up) to figure out what your emoji usage reveals about your life. About the Tumblr’s origin, Brill told the Daily Dot, “I was texting with a friend and brought up my recently used emoji, and I saw a bunch of booze, distressed faces, and exploding things. It made me think to myself, ‘Hmm. Am I all right?” He continued, “I realized you can tell a lot about what’s going on in a person’s life based on their recently used emoji. (I am all right, by the way.) So I decided to handle this terrifying personal realization by analyzing other people instead. It’s helped.”

Although I would normally offer myself up as a guinea pig/sacrificial lamb/Judas goat/pick your animal representative of choice, alas, I find emojis obnoxious and don’t generally use them. But the good news is that in this case, I don’t have to — there are plenty of willing participants who have already sent in their emojis for analysis, so we can get a pretty good idea of how it works from them. Thank you, volunteers! May the odds be ever in your favor! Among the rapidly growing number of participants, we’ve got Zing with some classic “mania-infected needle in the haystack of sanity” issues:

Melody, who seems to thrive on the “emoji equivalent of a Nicki Minaj verse”:

And perhaps most frighteningly, Anne, who may not actually be what she seems:

Yikes, "Anne." What on earth is going on there?

I’d be interested to see how the average Emojinalysis subject’s usage lines up (or doesn’t) with Matthew Rothenberg’s list of the 100 most used emojis; the syringe doesn’t appear anywhere on the list, so it’s anyone’s guess why the types of people who are likely to ask Dan Brill to analyze them seem so fond of using them.

But there’s also this: As 17-year-old high school student Carly Valentine wrote on the Huffington Post not too long ago, “When I look at this objectively I see future generations being illiterate and only being able to express themselves with love-struck cats and flamenco dancing women. Maybe that's a little far fetched, but maybe it isn't.” She’s got a point — does it remind anyone else of Neil Stephenson’s novel The Diamond Age, wherein almost nobody knows how to read actual words anymore, instead relying on glyphs and pictographs to communicate on (digital) paper? And I’m not talking complex and elaborate Egyptian hieroglyphs; in essence, they’re just trumped-up emojis. Troubling, in a way.

But maybe I’m reading too far into it, which in and of itself probably reveals more about me than my actual emoji usage does. It’s entertaining, in any event, so if you’re curious, by all means, send your stuff in to Brill and see what he says. Check out more Emojinalyses here.