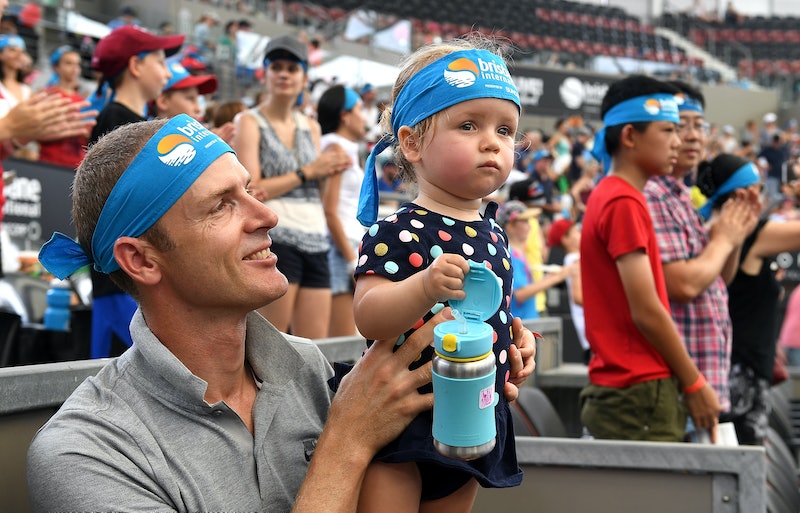 Feminism (noun): The advocacy of women's rights on the grounds of political, social, and economic equality to men. By this definition, I am a staunch and devoted feminist. But by the definitions of feminism as advanced by some of the more fringe factions of the movement, misandric definitions that portray all men as our enemies rather than our potential allies, as all misogynists and rapists and clueless, bumbling fools, feminist I am not. #EndFathersDay is trending on Twitter, and it is either the work of such fringes, or of Internet trolls who are bent on highlighting the more extreme factions of the movement in hopes of giving feminism a bad name. Let's look at the evidence!

The arguments against such sexist and misguided statements are obvious — that if we make it "Good Father's Day" then we should make it "Good Mother's Day" too; that it's inaccurate and misandric to say that all men view their kids as "fuck trophies"; that there are millions upon millions of wonderful fathers out there, that no one is celebrating spousal rape and that calling for mass castration is, to put it mildly, a bit rash. Most of the Internet seems pretty outraged about and unsupportive of #EndFathersDay, so 10 points for rationality.

Talib Kweli even got in on the action:

And some people even found the humor amid the ridiculousness:

A little more digging reveals that #EndFathersDay was probably a scam started by the sweethearts at 4chan, but certain reactionary Twitterers didn't realize that and glommed onto it in earnest.

Regardless of the hashtag's origins, this Twitter user sums up the lesson here perfectly.