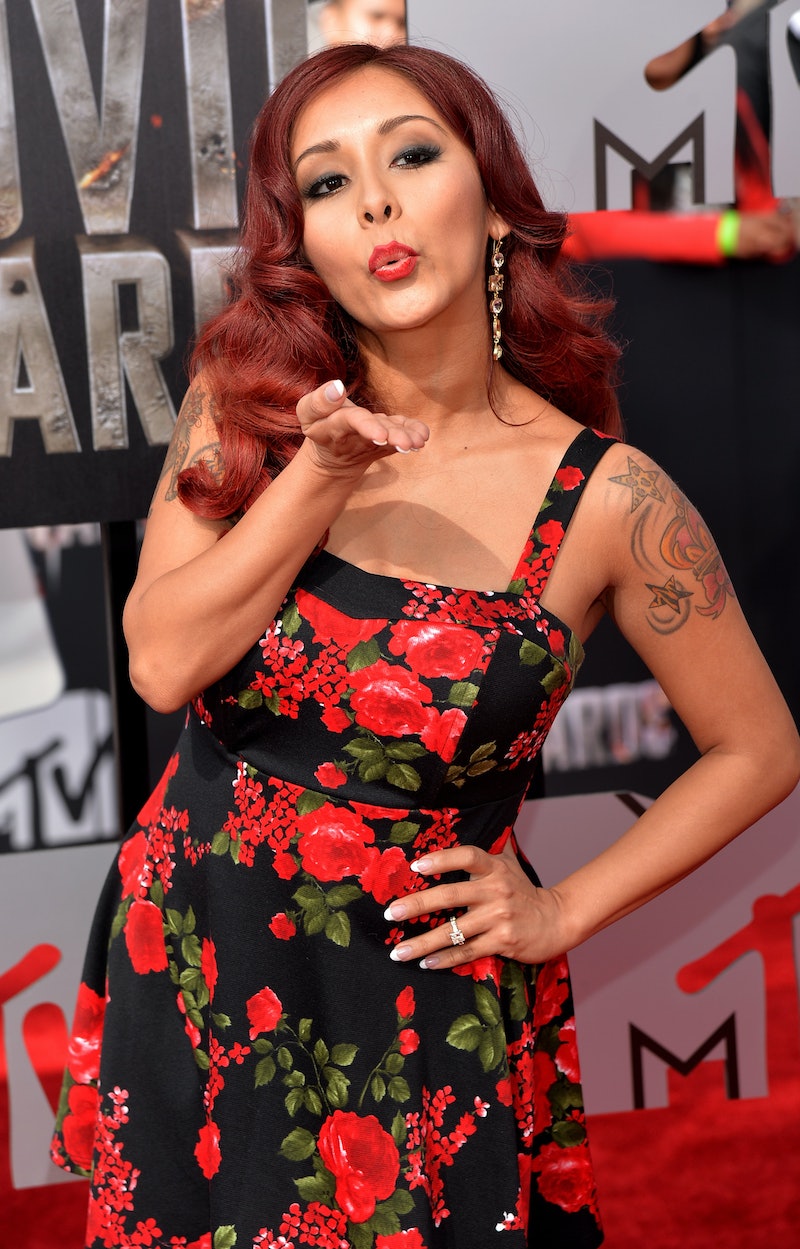 We already know that Nicole "Snooki" Polizzi is pregnant and that she's expecting a girl, but when is the future Jersey Shore partier getting here? Snooki's new baby is due this fall. Obviously, we don't know the exact date — At least not yet, Snooki is pretty open about things on her blog, so it could happen — but she did say herself that she and her fiancé Jionni LaValle would be welcoming their new daughter this fall. Snooki told Us Weekly in April when she first revealed her pregnancy publicly, "Jionni and I were trying to have our second baby since November, so every month we kept taking tests. I'm due in the fall around my wedding time. Busy year!" She added, "I can clarify that our wedding is still on, and we are madly in love with each other, We've waited long enough and cannot wait."

Since the big reveal, Snooki has gone on to give her fans updates about her pregnancy. In May, Snooki revealed her baby's gender via a video she posted on her blog. In the clip, she opens a box LaValle packed with balloons that would be either blue or pink to indicate a boy or a girl. Snooki was clearly shocked when she saw the pink balloons saying, "We’re having a girl! Oh god, kill me."

Using a quote Snooki gave towards the end of April, we may be able to get closer to the month Snooki and LaValle will welcome thier daughter. She told Us Weekly of her also pregnant BFF Jenni "JWoww" Farley, "She's seven months [along] and I’m four months so she's at that point where it's like, 'oh my god, I'm a whale, I'm so uncomfortable,' and it only gets worse." Judging by this, Snooki is likely due in October, but time will tell! This little girl will be crawling around with her older brother Lorenzo (and maybe even joining the cast of Snooki & JWoww) in no time.