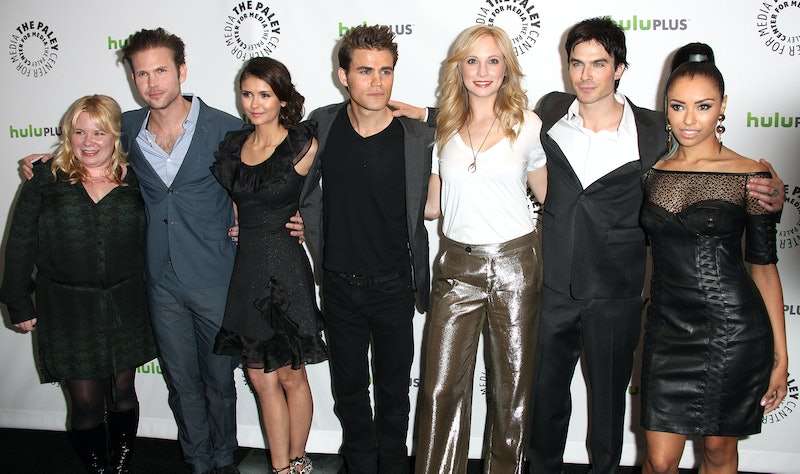 The actor who plays sexy vampire Stefan on The CW's The Vampire Diaries is about to be single and ready to mingle, ladies. Paul Wesley and wife Torrey DeVitto have split after two years of marriage, according to People. Apparently, the immortality that comes with being a vampire doesn't transfer over to relationships. This is the second Vampire Diaries break up in the past few months, as Wesley's co-stars Ian Somerhalder and Nina Dobrev broke up in May.

Wesley's wife DeVitto has also appeared on the show as Dr. Meredith Fell, as well as on ABC Family's Pretty Little Liars as Spencer's sister Melissa. Yes, Wesley and DeVitto were the union of The Vampire Diaries and Pretty Little Liars, basically, they were most teen girls' ultimate couple. Together they could have ruled the tween world. Sorry girls! But hey, at least Wesley is back on the market and your dreams of ending up with him have a slightly better chance of coming true.

Maybe there's some sort of vampire curse going around that Wesley is just the latest victim of, as Twilight's Robert Pattinson and Kristen Stewart also broke up this past May. Could it be from the pressure of having to be extremely good-looking at all times? Or maybe a side effect of what fake fangs are made of? Whatever the cause, True Blood's Stephen Moyer and Anna Paquin may want to watch out — or at least get some pre-emptive marriage counseling.