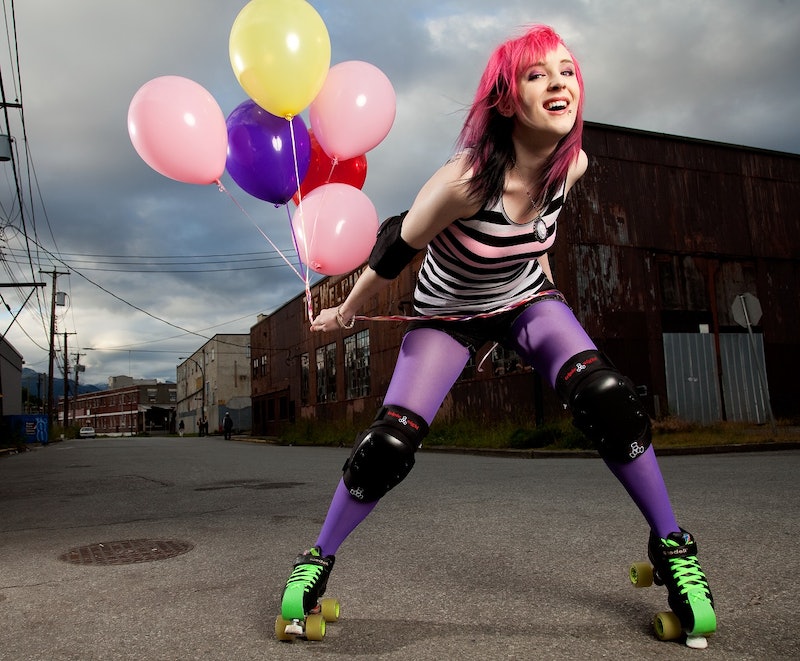 Recently, I interviewed Amy as well as Kieran Strange, a British musician who provides the theme song for the show. As a transgender woman, I was interested to find out more about the show, as well as some of the thought process that went into creating it. Kieran and Amy graciously took the time to sit down with me, and they provided an exclusive stream of Kieran's single, "Tear Down the Wall," to Bustle (music video at the bottom of this post!). Amy hopes that the show will be picked up by multiple North American networks this year, but nothing is official yet. Her hope is that by putting transgender individuals in the spotlight on television, that they will be able to change the perceptions of trans people in reality.

KAT: What was your inspiration for The Switch?

AMY FOX: The web series "The Guild." Felicia Day and Sandeep Parikh changed modern media with a comedy about people who are addicted to World of Warcraft. It was contemporary and hilarious, and it broke with TV tropes at the time. Without it, we also wouldn't have Dr. Horrible, or a lot of other amazing web content. I've also been inspired by other fun media that uses social justice to make itself stronger. Examples include The Boondocks (a cartoon sitcom focused on the struggles of American Black men), By Hook or By Crook (a transgender buddy movie), and Dog Eat Dog (an RPG about colonialism in the Pacific).

AMY FOX: It's improving rapidly, which is good, because we have a long way to go. In televised fiction, transgender characters seem to be the new hip token topical minority. This representation lacks a lot of creativity, with trans people standing in for a narrow (and often tragic) rehash of the issue. This said, shows like Orphan Black have interesting trans content, and Laverne Cox on Orange is The New Black might be a nifty supporting character on the show, but off the show, she is a star as she uses her position and fame to push the transgender dialogue where it needs to go — away from obsessing over our genitals and towards including us in society at large.

The Switch should broaden this by putting trans representation at the front and center of a show. It will show trans people not as tragic ornaments in a cisgender protagonist's zany adventures, but as wonderfully flawed protagonists in our own right. It will show us dealing with things that have little to do with being transgender. And, when trans issues are the focus of an episode, it will not be the same old story of victimhood, but resistance to a variety of attacks on our dignity, fighting back against other ills like misogyny, xenophobia, and anti-sex-work attitudes as they couple with transphobia.

Oh, and during all this, it will be fun to watch. How's that for progress? 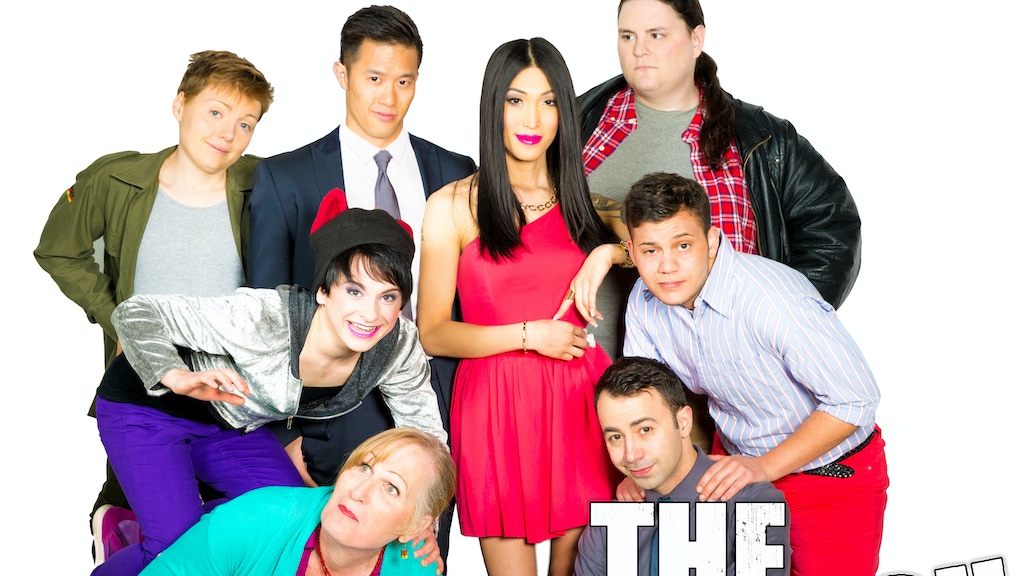 KAT: How has making this show changed you? Has it surprised you in any ways?

It's shown me just how many hours I can work in a week — it's a lot. But what's surprised me is the amount of support from inside and outside transgender communities. There are a lot of people out there who know this kind of media needs to get made, and they've helped us do it.

KAT: Is The Switch going to tackle topics that other television series have not? For example, are there story lines involving issues that typically only a trans person would ever face?

AMY FOX: Absolutely. We deal with several possibly arcs of transition — social, medical (when applicable), legal and economic. Stories include looking for housing and work, the immigration system, the stigma around sex work. We have an episode where two characters go for medical assessment, and get asked ridiculous questions about their gender. We talk about dating while trans. We talk about trans issues cutting across generations and class lines. And above all else, we show trans people not as being isolated, but as forming strong communities both within and with cisgender allies.

KAT: What do you hope to accomplish with this series?

I hope to make a series in 2015 that would otherwise not get made until 2030. I want to push transgender representation ahead by 15 years.

KAT: Kieran, tell us a little bit about your single and the show's theme song, “Tear Down The Wall.”

KIERAN STRANGE: I'm a little nervous to use the word "anthem" myself, but several people on the team have called it a "trans anthem." One thing I really didn't want to do, when I was approached about the project, was to put my words in somebody else's mouth — this song had to represent the transgender community first and foremost. So Amy and I sat down, and she shared this incredible, long poem with me that she had written about the discrimination and fear and pain — and the determination and solidarity, too — felt by those who are transitioning genders, or who are gender-fluid or identify as a different gender to the one assigned to them at birth. So we took the poem, and I helped Amy shift it into the arrangement of a song.

The concept of the video is one of my favourite things about this project. There's so much in it that LGBTQ+ people of all ages and ethnicities can relate to — being pulled aside for "random searches" in an airport, being bullied or gossiped about by people you know or strangers on the street. The Wall itself was absolutely brilliant too — it represents the "glass ceiling", if you will, that all transgender people feel; the stereotypes, the discrimination, the judgement, and the prejudice of a society that, in a great many areas, refuses to accept them or attempt to understand them. Watching the four main cast members rip it to shreds and walk into the light on the other side was really, really satisfying.

KAT: Thank you so much for sitting down with me! I'm looking forward to the show!

Kieran's music video for "Tear Down the Wall" can be found here: