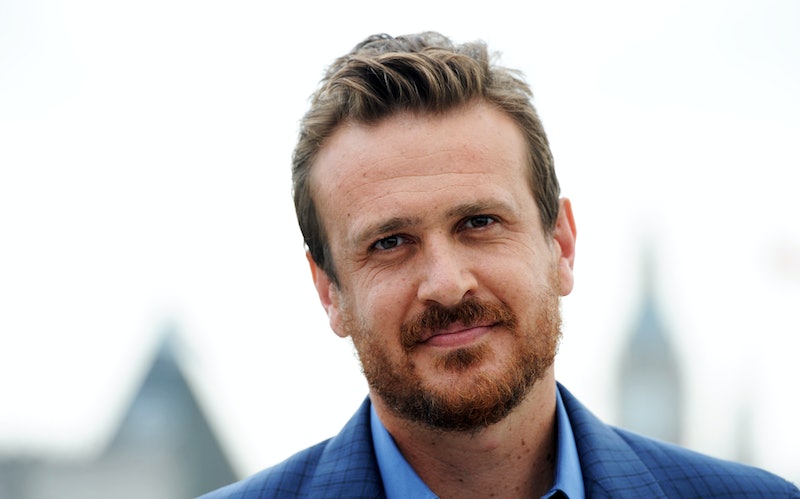 It's hard to believe that Forgetting Sarah Marshall is just six years old, as in the time since its release, the movie has made a huge impact on pop culture. It introduced us to Russell Brand, made puppeteering cool again, and, perhaps most memorably, showed the world what Jason Segel looks like stark-naked. Although most people found the nudity hilarious (the only thing that makes a crying, Dracula-aided breakup scene better is a naked crying, Dracula-aided breakup scene), not all of of the movie's viewers saw it that way; according tot the actor, when his mom saw his nude scene, she was so shocked that she burst into tears. And then she wrote an email.

"I would like to inform you all that Jason has chosen to do full-frontal nudity," she wrote in a message sent to family. "However, it is not gratuitous and is essential to the plot."

Well, that might just be the mom-like email ever written. Hopefully, the message allowed the rest of Segel's family to be prepared for his nudity and to proceed with caution, because no actor should have to deal with more relatives than necessary crying over his/her naked body. The formal tone, word choice, and hints of pride in Segel's mom's email, though, does make us wonder if this wasn't the first time she'd warned family members of her son's on-screen antics; perhaps Segel just never got a copy of those emails to share with the public. In any event, we've imagined what they say:

On the How I Met Your Mother Finale

"As you all know, Jason has been a starring cast member on How I Met Your Mother for nine years, and for some unfathomable reason, the show has been cancelled. Yes, the finale is terrible, but be assured, Jason had nothing to do with it. Please do not take out your frustration with the episode on my son."

On Freaks and Geeks

"Jason really is a stellar student, not the drug-addled slacker he portrays on the show. His friends are sweet boys, and they've certainly never pressured him into smoking marijuana!"

"Although he only appears for a moment in the film, Jason's role was originally much bigger. The director mistakenly chose to cut several of his scenes, but if you would like the full history of Watermelon Guy, please let me know and I'll be happy to provide more details!"

On I Love You, Man

"Rest assured, Jason has plenty of friends and is quite successful, and is not at all similar to the unmotivated character he plays in this film. Also, that Paul Rudd is just lovely!"

"I have no explanation for this movie. It looks terrible. I apologize for my son."