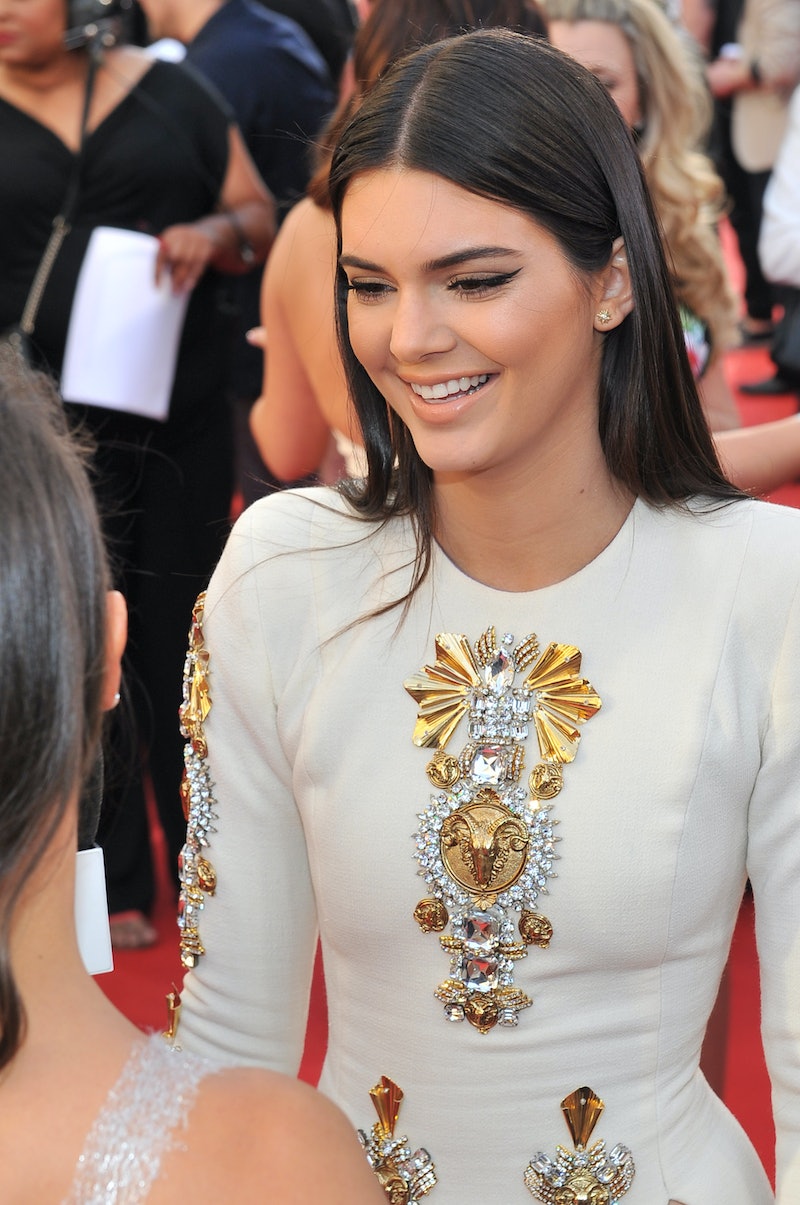 Kendall Jenner is quickly becoming the girl we can't stop talking about. From her Marc Jacobs runway debut at New York Fashion Week to her clothing line with Kylie and of course her topless photo shoot with Interview Magazine, she is giving us plenty to discuss, and is certainly not slowing down in the fashion world. Even as recently as Sunday, she had the internet abuzz about her white gown with two extreme slits at the Much Music Video Awards. Now, Jenner can officially add her first major ad campaign to her budding career — she appears in the fall 2014 Givenchy campaign.

The ad features fur, leather, and lingerie (intrigued yet?) and Jenner poses with Jamie Bouchert, Mariacarla Boscono, and Peter Brant II. The ad was shot by photographers Mert & Marcus, and Jenner poses in the bottom left corner appearing deep in thought and stare. Honestly, the fact that she isn't front and center in the photo makes for even more proof that Jenner is serious about moving from reality TV to full-time modeling. She isn't the only member of the family with love for Givenchy. Big sister Kim Kardashian, recently walked down the aisle in a wedding gown designed by Givenchy's Riccardo Tisci for her nuptials to Kanye West.

But let's not let Kimye steal the spotlight again, because it's all about Jenner right now. The ad boasts an air of darkness and decadence as the models sit and stand around looking moody yet also quite fabulous. This Givenchy ad campaign seems to be another major move in Jenner's career on top of a year that's already been incredibly impressive. I look forward to seeing what's next for Jenner, because in my mind? She's already the most fashion-forward one in the family.

Speaking of the family, does this ad remind anyone else of a certain family Christmas photo from 2010? Jenner even assumed the same floor-level position: