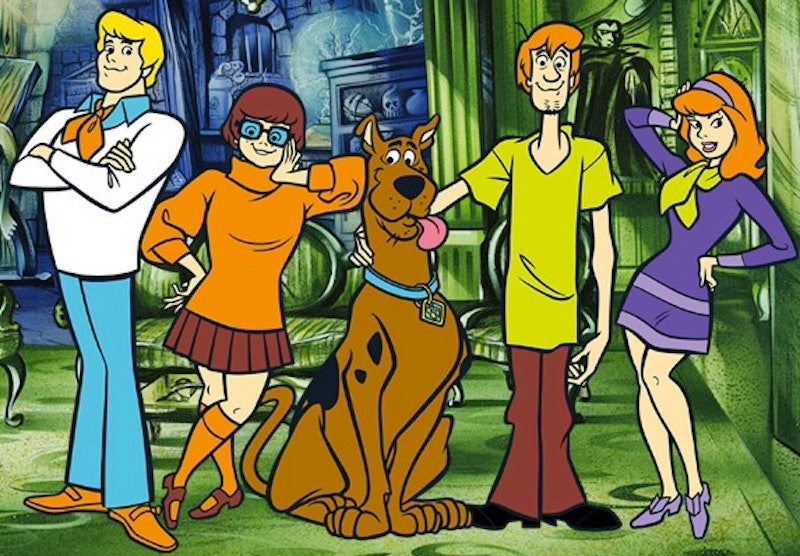 This should come as no surprise to anyone who is getting used to the steady stream of reboot news that every studio seems to be putting out. It seems that now that the young adult adaptation trend may be on its last legs, the next big thing is going to be reboots or revivals of old shows. In some cases, such as the new episodes of The Powerpuff Girls and the revival of Reading Rainbow, this is the best news ever. However, Warner Bros. developing a third live-action Scooby-Doo movie is the worst news ever. It could be the worst thing to happen to the Scooby-Doo franchise since Scrappy-Doo.

Let's talk about Scrappy-Doo for a moment. Scrappy-Doo was Scooby-Doo's nephew, who was first conceived for the Scooby-Doo and Scrappy-Doo series. In stark contrast to Scooby-Doo, Scrappy was energetic and brave, constantly insisting on trying to fight various monsters by himself until he was dragged to safety by Scooby. Although he initially provided a breath of fresh air to Scooby-Doo's declining ratings, it soon became clear that Scrappy was incredibly annoying and his presence was pointed to as the reason for the decline in quality of later Scooby-Doo series. He became such a symbol of annoying characters everywhere that he has an entire trope to himself on TV Tropes known as The Scrappy.

There have been two Scooby-Doo live action movies that were released to theater in the past and they were both terrible. The first, Scooby-Doo, came out in 2002 and stared Freddie Prinze, Jr. as Fred Jones, Sarah Michelle Gellar as Daphne Blake, Linda Cardellini as Velma Dinkley, Matthew Lillard as Shaggy Rogers and Neil Fanning as the voice of Scooby-Doo. The film was released to incredibly negative reviews and only holds a 30% approval rating on Rotten Tomatoes. Despite that, the movie was the 15th highest grossing of 2002, probably because people were curious and Sarah Michelle Gellar was in it.

Scooby-Doo was followed by Scooby-Doo 2: Monsters Unleashed and the entire cast returned to participate. This one received even more negative reviews, with only a 21% approval rating on Rotten Tomatoes, and grossed much less than its predecessor. In fact, Monsters Unleashed even won a Razzie Award for Worst Remake or Sequel. There was a third live-action film called Scooby-Doo! The Mystery Begins that was direct-to-TV, but I think we all prefer to forget that ever happened.

The fact of the matter is that Scooby-Doo live-action films just don't do well. It would be understandable for Warner Bros. to want to do a third if either of the first two had been beloved, but at this point it just feels like they're beating a dead horse. It's just like what happened when they started adding Scrappy-Doo to every Scooby-Doo incarnation. The backlash against him became so bad that — spoiler alert — Scrappy was made the villain of the Scooby-Doo movie and many references were made to how annoying he was.

If they do end up making a third live action movie, it feels like we're all going to end up making fun of it or dropping it from the Scooby-Doo continuity entirely. The first two movies were so bad they're forgettable and I, for one, was happy forgetting that they'd ever been made. Enough time has passed since they came out that you can watch them for the laughter and the memories, but making a new one would just be a big mistake.