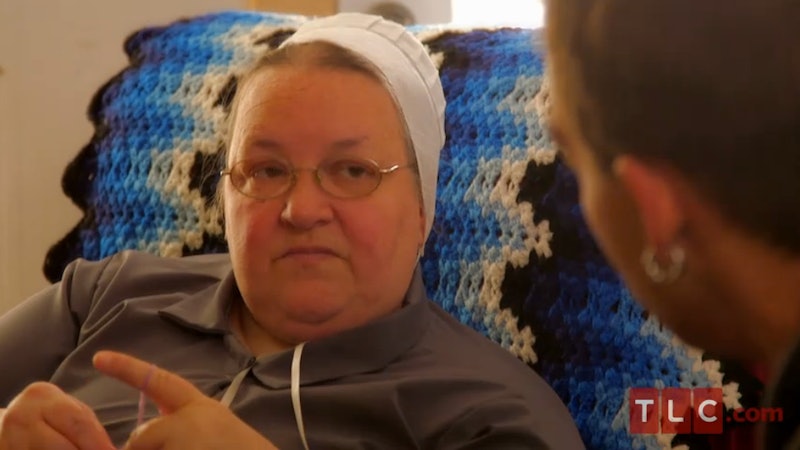 I think this is the beginning of a weird friendship. Since Jeremiah moved in with Mary and Chester at the beginning of this season of Return to Amish , the two seem to have put their differences behind them and become oddly friendly with each other. Mary has become like a second mother to Jeremiah and the rest of the original Breaking Amish gang. So much so that for better or for worse, Jeremiah and Mary have decided to go into business together, as we learned in last Sunday's episode.

The catalyst for the business actually has more to do with Chester, who had been shunned by the Amish because his wife Mary decided to visit New York City, which is a big no-no in the community. Being shunned meant that the Amish community basically wants nothing to do with Chester for an indeterminate amount of time. Most importantly, Chester could not do business with the Amish and support himself selling hearing aids and working construction jobs, as he had done previously. And getting a job outside the Amish community isn't so easy either. So Jeremiah had an actually brilliant suggestion that he and Mary should sell her knitted creations to keep her family afloat financially, and let him get a few bucks for himself in the process.

Amish goods, from quilts to furniture to food, are actually sold in specialty stores across the country. You can make bank selling these hand-crafted items, as Mary and Chester discovered at an Amish auction in last week's episode where a quilt that probably cost around $10 to make sold for $400. Not too shabby for something Mary would make whether she planned on selling it or not.

Meat in a Jar

As we learned from Mary earlier this season, meat in a jar is probably the most versatile item ever, making the perfect Christmas party invitation or a delish snack while you're on the road.

Jeremiah already sells some of his own apparel (baseball hats with the word "JayBer" written on the back, which is a variation of his full name, Jeremiah Raber), but maybe he and Mary could enlist the help of Kate, who's considering going into fashion design, to create some Amish-inspired clothing. You know hipsters the world over would rejoice.

Homemade butter is basically its own food group for Mary, and seeing how she is always so quick to criticize Kate for not using enough butter in her cooking, Mary would be a natural at guilting the general public into using it in their recipes.

Jeremiah loves his fireworks, and his tendency to explode in anger makes him a good spokesman to peddle his own pyro.

When Mary goes out into the English world, her drink of choice is a vodka cranberry. Can't you just imagine her little bespectacled face, bonnet and all, adorning a bottle of her own vodka cranberry concoction?

Jeremiah can teach us the all-important self-defense technique of breaking boards.

It looks like Jeremiah spends many of his days making public appearances where he charges for photos and autographs. Mary could join him, if she ever actually leaves the Amish, that is, and the two could take their act on the road to make some serious cash. They'd definitely need a better graphic designer, though.