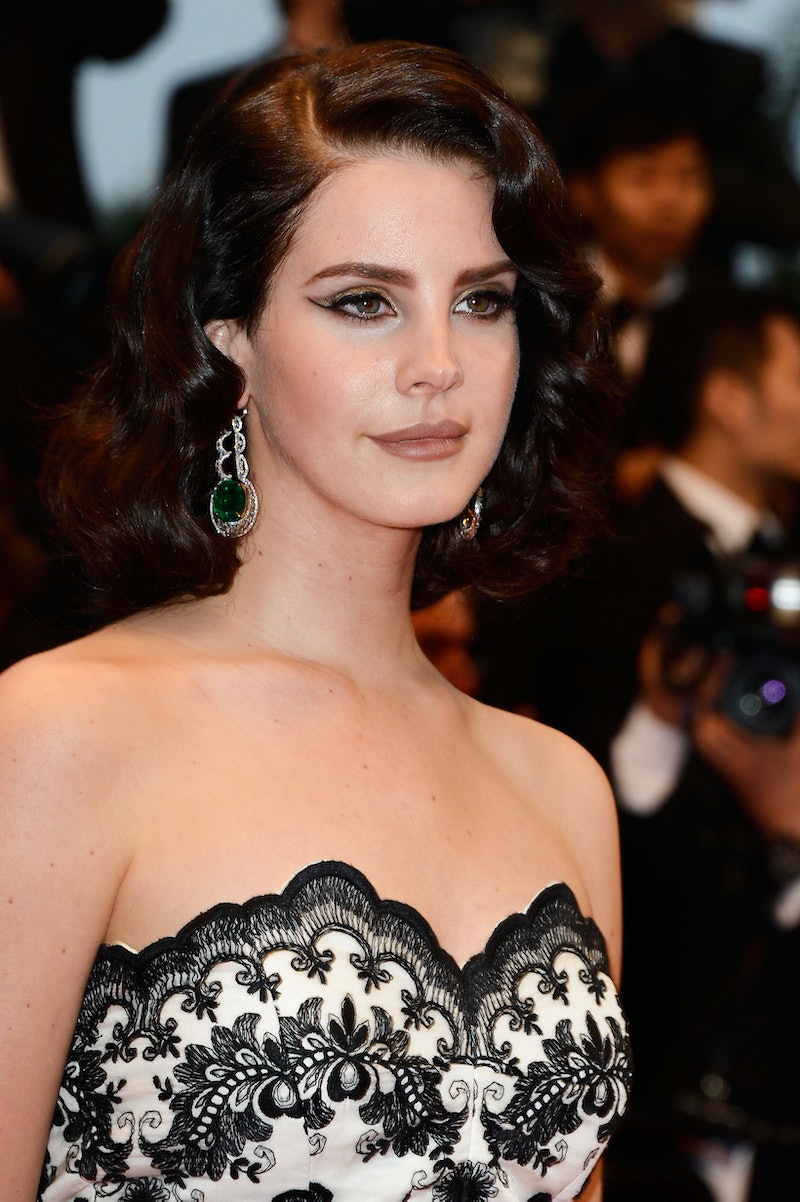 When Lana Del Rey's last album Born To Die came out, the internet squawked angrily about what a hipster she was, even though we all totally listened to her album and adored the onslaught of remixes that followed. We judged her for the tattooed men in her videos (even though we liked them), and, as Tricia Romano of The Daily Beast wrote, the "hipster community bristled at the thought that it was being callously marketed to." Well, rest assured hipsters, if Lana Del Rey's new track "Maha Maha" is being marketed to anyone, it's more than just the average hipster.

It's aimed at the ultimate hipster — that bearded asswipe in harem pants who owns a sitar he never plays and works some job in the film industry that sounds like he made it up. That guy. "Maha Maha" is so obscure it's unlistenable, so if you were worried about being judged for secretly jamming out to "Blue Jeans," worry no more, because this next Lana Del Rey album might just serve to alienate her entire fan base.

What made Lana Del Rey so darn listenable prior to this was her sultry vocals and the low key backbeats that reverberated through her entire first album. "Maha Maha" does not incorporate either of those things. Her singing sounds off-key, and the mismatch of the vocals to the beat make it sound like you're accidentally listening to two songs at once.

Suffice it to say that if Lana was focusing her attention on the wannabe-hipster crowd with her first album, this album might be the type that is only listened to in silence at dinner parties in Bushwick, which, nooo thanks. Those same hipsters that were enraged to hear that little miss Lizzy Grant had bamboozled them might be the very same who put their hands over their ears when listening to this hot mess of a song.

This isn't to say that "Maha Maha" won't turn out to be a huge hit, like so many of Del Rey's songs have been, but it's definitely going to have to work a lot harder to get there.